Public use of minority symbols continuously banned in Romania 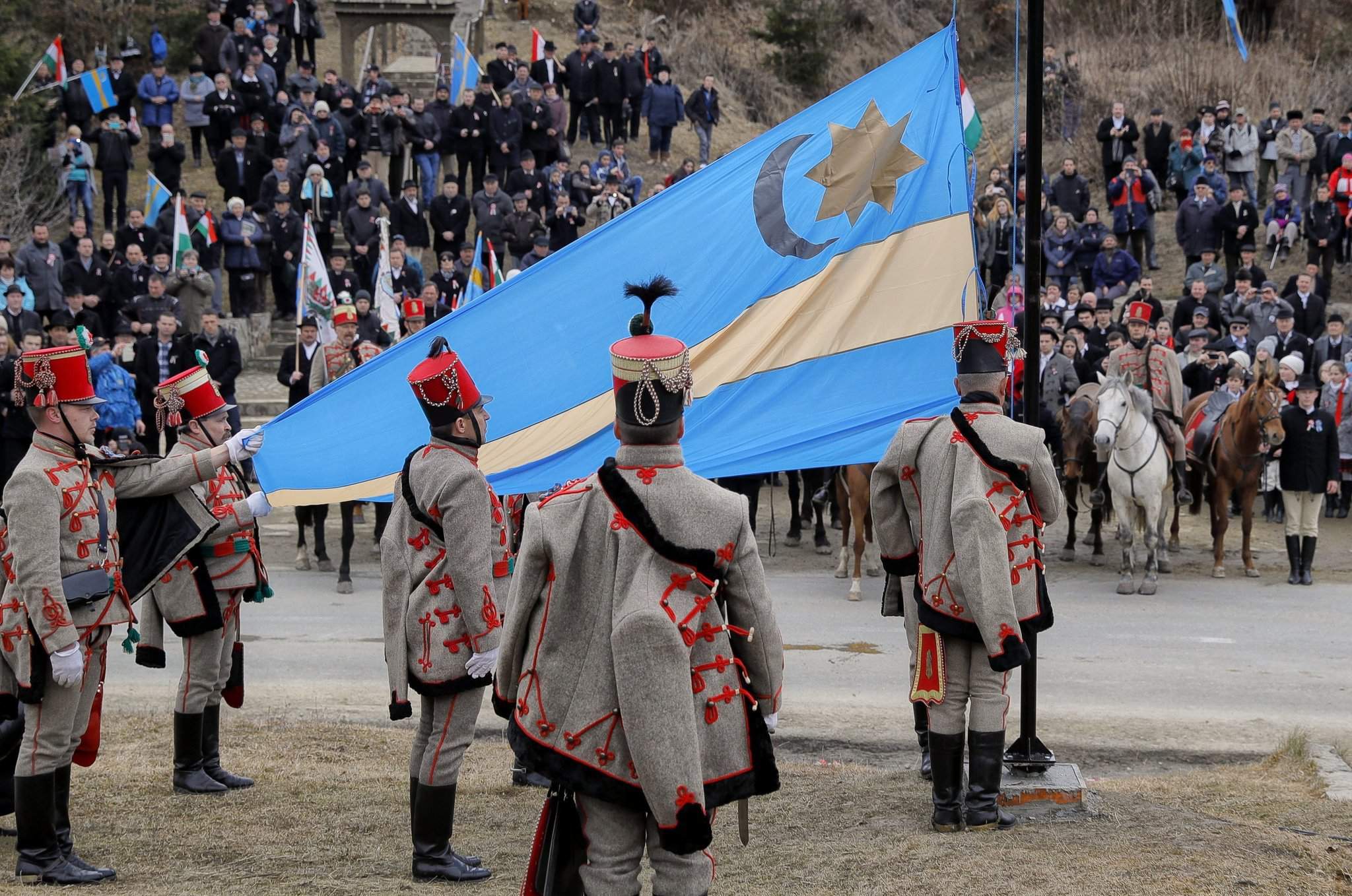 The case of the Szekler flag, which represents the regional ethnic identity of the Hungarians living in the heart of Romania called Szeklerland, has become a rather controversial subject as far as the attitude of the Romanian authorities towards the national and regional symbols of the minorities is concerned. Despite the fact that the Constitution of Romania guarantees the right to identity for all citizens, it is becoming more and more apparent that there are some who are more equal than others.

Recently, the Romanian courts ordered the removal of the Szekler flag from the forefront and the chambers of several institutions and other public places of cities with a significant Szekler-Hungarian population. What is more, one of the latest decisions refers to a flag which was given as a donation to the Covasna County Council on the 30th of March 2016, and was recently ordered to be removed by the Brașov Court of Appeal.

According to Sándor TAMÁS, the President of the Covasna County Council, the Court has upheld the previous sentence of the Covasna Tribunal, deciding in favour of the Covasna County Prefect that sued the County Council for accepting the Szekler flag as a donation. Mr. TAMÁS, while discussing the subject of the different symbols, has also stated that “double standards are being applied by the Romanian authorities, since there are numerous emergency services institutions that are named after historical regions, such as the Oltenia Inspectorate for Emergency Situations (Inspectorat pentru Situații de Urgență – ISU), ISU Țara Bârsei, ISU Crișana, ISU Dobrogea or ISU Bucovina, something that is prohibited in the case of Szeklerland.”

The Court justified its decision by stating that the flag is illegal, because Szeklerland is not a separate administrative entity and that the Constitution of Romania does not recognize regions.

All this happened in spite of the fact that starting with 2013, even the U.S. State Department’s Human Rights Report on Romania continuously mentioned the problematic issue of the Szekler flag in the section dedicated to the breach of minority rights. Similarly, the European Commission against Racism and Intolerance (ECRI) also recommended that the Romanian authorities ensure that the principle of equal treatment is applied as far as the use of national and regional symbols are concerned, and also to remedy any breach thereof.