Budapest, October 14 (MTI) – Hungary is the only country where the public’s opinion has been gauged on migration and this is a reason to be proud, Prime Minister Viktor Orbán said on Friday.

Speaking on public radio Kossuth, Orbán said Hungarians were given the opportunity to express their opinion and the government must now demonstrate that it is taking the will of the people seriously. The fact that public opinion is sought here means that “in Hungary, democratic standards are high,” Orbán said.

On the subject of the economy the prime minister said the government wants to create agreements with economic players in the interest of enhancing competitiveness. Hungary is a private economy, so the government can only improve competitiveness in agreement with economic players, Orbán said. This agreement should include as key elements the direction vocational training should take, labour policy, the tax system as well as education, he said. 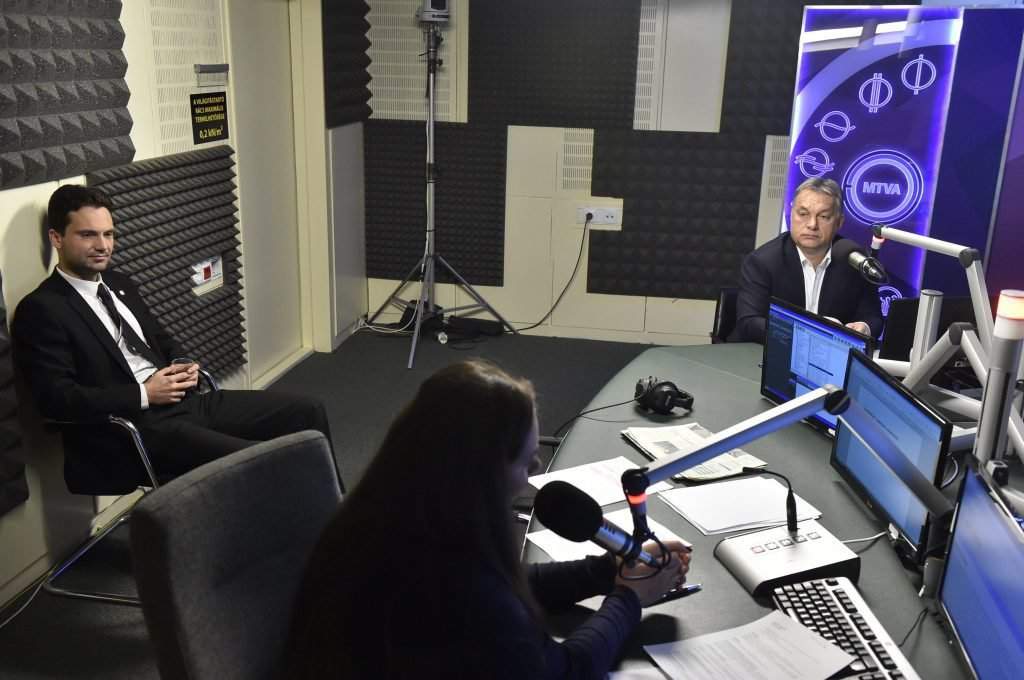 While there are always internal debates about the economy, it is a new turn that external players are now commending the state of the Hungarian economy and recommending it for investment, he said. This means that Hungary’s economic opportunities will widen and improve and it is in light of this change that the economy minister must evaluate the situation and make recommendations for the future, he said. The aim is to create an economic system based on work and a central element of this is full employment. Hungary’s jobless rate is lower than 5 percent and soon the problem to tackle will be labour shortage, he said. Over the past six years in office, the government has already created about 660,000-670,000 of the promised one million jobs in ten years, Orbán insisted.

Hungary needs a similar consensus on economic policy as it has on migration, Orbán said, adding that to achieve this talks are necessary. The government and economic players are aware of the problems, identifying the challenges and seeking solutions together, he said. The government will then create legislation stemming from these shared ideas, he added.

Commenting on the anniversary of Hungary’s anti-Soviet revolution, he said 1956 was about freedom which can be threatened in many ways. For instance when “strangers appear on the territory of a country without any form of control, whose ideas about life are very different from ours” and they transform “our society against our wish”. It is difficult to speak about 1956 and freedom without the context of current events, he added.

On the Day of Hungarian Culture, Iain Lindsay - British Ambassador to Hungary -…
We and our partners use technologies, such as cookies, and collect browsing data to give you the best online experience and to personalise the content and advertising shown to you. I accept
Privacy & Cookies Policy