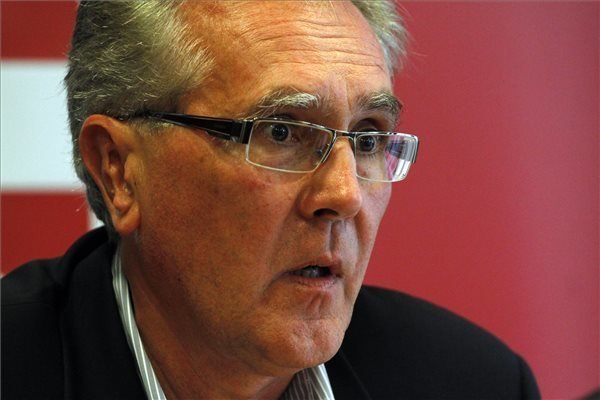 Budapest, July 17 (MTI) – Resolving Hungary’s “Roma problem” is bound up with the country’s very future, Albert Pasztor, a candidate for mayor of Miskolc, said in an interview published in Thursday’s Nepszabadsag daily.

“No one should think for a minute this problem’s going to stop at the city limits,” Pasztor, whose recent nomination by the opposition Socialist Party and the Democratic Coalition to head the impoverished north-east Hungarian city caused an outcry. “This will be everyone’s business,” said Pasztor, who was previously Miskolc’s police chief.

In 2009, Pasztor caused an uproar by quoting statistics on burglaries committed in his police district, saying the robberies had been “committed by people of Gypsy origin.”

The leftist opposition have been criticised for backing a perceived racist.

People who “stick their heads in the sand for an ideological reasons” or “brand people who call things by their name racist” would also be affected, he warned.

Asked by Nepszbadsag to define the “Roma problem”, Pasztor said most Roma lacked any chance of integrating into society or gaining employment due to their lack of education. They have been segregated in many places and “have unfortunately become criminals,” he said.

“There may be hunger riots in places very soon. Because there are people starving and they therefore will end up robbing shops to seize what they need,” said Pasztor.

He said the “voivod” system — in a Roma context, a clan leader — had functioned well for centuries, adding that mainstream society should tolerate to a certain degree the internal rules of the Roma community.

Local leaders of the opposition Socialists and Democratic Coalition (DK) said last week that the job of parties is not to select a candidate for themselves but to offer Miskolc residents someone who has potential to garner the broadest possible support. They were supported by local officials of the E-PM opposition alliance. The national board of E-PM rejected Pasztor’s nomination, however.