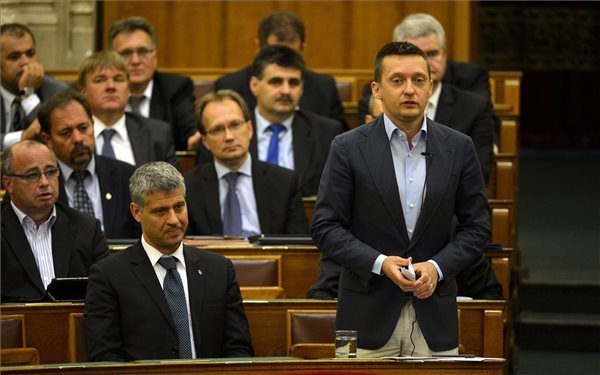 Budapest, June 23 (MTI) – The ruling Fidesz party has asked the government to table a bill aimed at settling the problem of troubled forex debtors before the current, extraordinary session of parliament is over, Fidesz group leader Antal Rogan told a press conference today.

Speaking after a meeting of his group, Rogan said that the government should prepare a legal solution to ensure that debtors “treated unfairly by their banks are reimbursed for any amounts due” without having to file a lawsuit.

Rogan said that this should be the first step, while as a follow-up loans denominated in a foreign currency, which he earlier called a “faulty product”, will have to be eliminated.

On another subject, Rogan said that the government should take firm action against tax evaders, and referred to commercial television channel RTL Klub, which he insisted had “considerable gross revenues” in the past two years but managed not to pay a corporate tax “through accounting tricks and ways to evade taxes”. The government should launch an investigation and make relevant decisions, he added.