Budapest (MTI) – Over 5,000 soccer fans gathered in front of the Parliament Building on Sunday afternoon to protest against the introduction of fan cards and the compulsory registration of fans at Hungarian stadiums.

In a petition addressed to Prime Minister Viktor Orban, the fans recognised the government’s merits in developing the infrastructure of Hungarian soccer but complained about what they called “anti-fan legal regulations” that scared away the most enthusiastic fans from matches.

The fans also complained about a lack of dialogue between their interest associations and the authorities.

“This is our last peaceful action. If no other choices are left, we will have to take more radical steps,” a spokesman of Green Monsters, a fan group of Ferencvaros, told MTI. 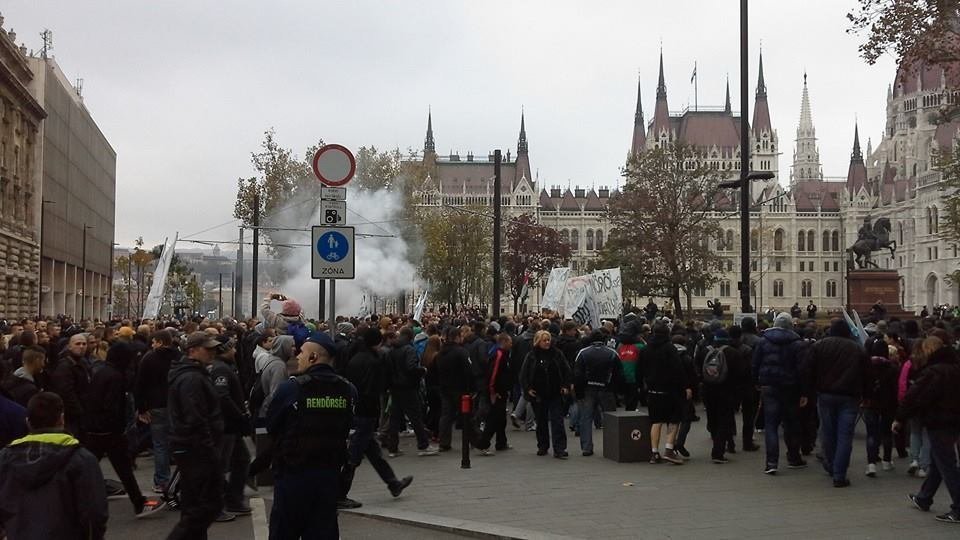 As petitions can only be presented on workdays, the protesters failed to hand over the document.