“Aleksandr Solzhenitsyn did not simply unveil the brutality of the communist terror, but became the chronicler of millions of victims, including hundreds of thousands of Hungarians, who were not given the opportunity to tell their story”, Prime Minister Viktor Orbán said at the opening of the exhibition entitled „A Russian Patriot – Aleksandr Solzhenitsyn (1918-2008)” in Budapest’s House of Terror Museum. 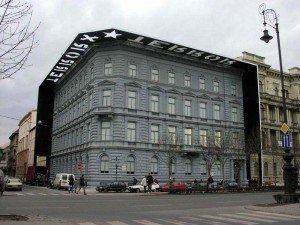 At the ceremony, the Prime Minister recalled that the samizdat editions of Solzhenitsyn’s books were passed in secret from hand to hand in the 70s and 80s. Upon reading them „we felt that we had woken up from a terribly long dream”, he said.

Director of the House of Terror Mária Schmidt highlighted that this is the first time that the Nobel laureate author’s life is presented in Hungary, adding that Solzhenitsyn proved that even during the darkest oppression, the voices of truth can speak up.

You can read more on House of Terror website here.