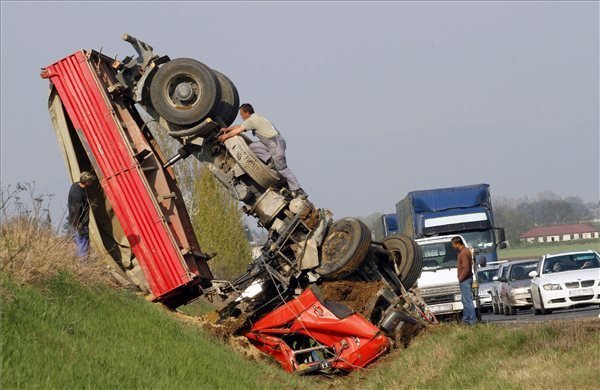 Public road sections of almost 3000 km in Hungary undergo accident risk surveys and analyses within the framework of the SENSOR (South East Neighbourhood Safe Routes) project financed by the European Union. Based on the findings of the review carried out with a uniform methodology, the Hungarian expert group is to make proposals on low-budget transport technical interventions. The international initiative aimed at significantly raising the standard of traffic safety along the national public road network was presented at a press conference in Budapest on 9 April 2014.

The internationally accepted and standardised Road Safety Assessment Programme (RAP) has proved to be efficient in surveys affecting 650 thousand kilometres in 90 countries already. In Hungary, the risk map has been drawn up based on the accident and traffic data of 2918 km of road sections. Within the programme, it can be identified on a scientific basis which sections of the public road network are the most dangerous ones. According to the methodology, the safety of public roads is qualified by stars; it is only the safest roads that are to be given a 5-star ranking.

The work group set up in collaboration with the Institute for Transport Safety Non-profit Ltd. (KTI) is currently involved with processing and evaluating the data. In addition to evaluating the economic and social impact, the body is also to make proposals for measures to improve transport safety (e.g. for installing crash barriers, establishing school pedestrian crossings or eliminating roadside obstacles). Each of these transport technical interventions enables largest-scale accident risk reductions from the lowest possible budgets.

Although, according to the data available, the number of death tolls in public road accidents continued to fall last year, too, the rate of improvement seems to have slowed down and come to a halt, Deputy State Secretary for Transport Zoltán Schváb outlined in his welcome speech delivered at the event. New methods and solutions must be found by exploiting so far unused opportunities in order that further advance can be made. A new era is to be opened in the government policy for the field of accident prevention this year where comprehensive transport development and traffic safety programmes are to be planned and launched. By the end of the decade, the number of death tolls in public road accidents in Hungary must be reduced to at least the half of the indicator for 2010.