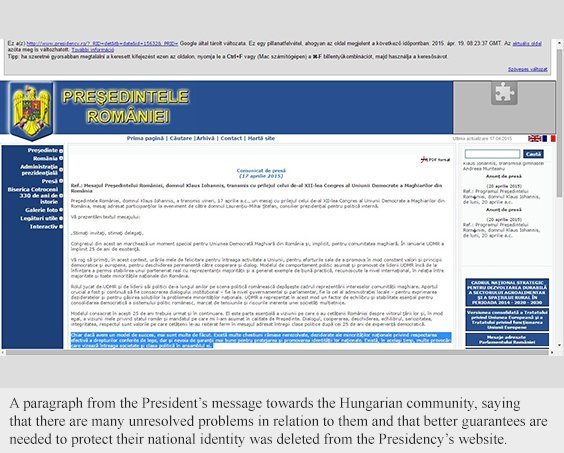 There are significant differences between two versions of President Iohannis’ message towards the Hungarian community, a message written by the President at the occasion of UDMR’s Congress, held at Cluj-Napoca/Kolozsvár last month.

The message published at the website of the Precidency contained a paragraph, that was later erased from the website. The erased paragraph, quoted by Mediafax, Cotidianul and Flux 24 says the following:

„While our minority model is a successful one, there are still many things to do. There are many unsolved things that need to be resolved, in relation to the desires of the minorities for their rights to be fully respected, and also there is a need for better guarantees to protect and to promote their national identity. In the same time, there are many challenges that regard the society as a whole, and the entire political class.”