The Government supports the opening of service centres 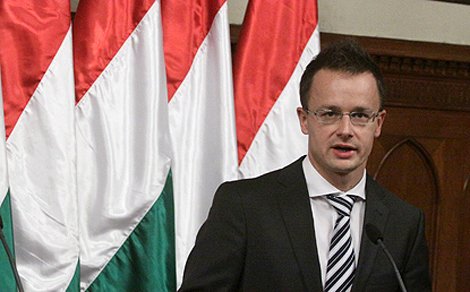 The Government is dedicated to supporting companies that plan to set up service centres in Hungary, State Secretary for Foreign Affairs and External Economic Relations Péter Szijjártó told a conference organised by professional services firm Deloitte in Budapest on Wednesday.

Mr. Szijjártó told the event that the Hungarian Investment and Trade Agency (HITA) is overseeing 25 projects related to the opening or expansion of service centres in Hungary. If all these projects are successfully realised, some 7 thousand new jobs will be created. Around half of the companies currently involved in talks with the HITA about opening service centres already have production facilities in Hungary, the State Secretary said.

There are almost 80 service centres in the country, providing work to 30 thousand people, he added. Mr. Szijjártó also pointed out that the Government intends to make Hungary a centre of European production and has undertaken the necessary reforms accordingly.

The Government has transformed the tax system, introducing a uniform income tax rate of 16%, which rewards those who work more and would like to employ more people. The education system has also been reformed to better meet labour market needs, the State Secretary highlighted.

Companies that see their operating conditions improve might decide to also bring their service centres to Hungary in future in addition to their production, he said, adding that Hungary has by now become the nucleus of European service centres. The Government is concluding strategic partnership agreements with the largest production and service enterprises present in Hungary and these companies have so far created 3700 new workplaces.

The State Secretary emphasised in closing that the Government has successfully overcome a great number of challenges during the past few years. The volume of foreign investments in Hungary reached a record high last year, state debt has started to decrease, the budget deficit has stayed permanently under 3 percent and the European Commission lifted the excessive deficit procedure against Hungary.