The Latin American – Hungarian Union (LATIMO) was founded six years ago with the purpose of supporting and – as an NGO – help, in its own way, to revive the multi-faceted cooperation between Hungary and Latin-American countries, as well as maintain the pre-existing friendly relations and the dialogue between the two cultures, says GLOBS Magazine.

The union began its work at a time when it was still necessary to “put back” the thought of Latin America into the minds of Hungarians. The constantly expanding network of the past years is a proof that LATIMO could be proud of their work in these years:

Latin America is not as far as the kilometers would suggest.

The Latin American ambassador, accredited to our home, has been won over to this noble cause, and during the past years, meetings and mutually organized events (to which the members of the union have done their best to provide assistance) have become frequent. And, perhaps, it is not exaggerating to state that LATIMO has become a useful partner of the embassy this past period.

At the founding meeting of the union in 2012, where the Latin American consuls working in Hungary were also present, Sándor Balogh was chosen as its president, and Tamás Tóth, Hungary’s former ambassador of Chile, was chosen as its secretary.

The founding members include public figures, businessmen, ex- and current diplomats, representatives of the media and people who interested in the area for personal reasons.

In its first years, the union published a Latin American online journal called Latimoport, with Zsuzsa Kaszab working as editor in chief and Márton Hardy as her associate: with daily updates, the online newspaper, in addition to political, economic, cultural and sports news also published local reports, trivia and travel news. Today, Latin American news are published on the online platform called Globoport.

In the past years, it was LATIMO who remained in touch with all the official organizations and NGO’s whose work was in some way connected to the South American continent’s countries.

These include Latin American performers’ concerts, artists’ and photographers’ exhibitions that were financially supported or organized by LATIMO, as well as conversations centered around current political issues with visiting Latin American government officials, businessmen, and prominent figures of the Latin American scientific sphere. One such example is the meeting with the President of Colombia, Juan Manuel Santos, who came to Hungary to an official visit, where LATIMO was present as well. 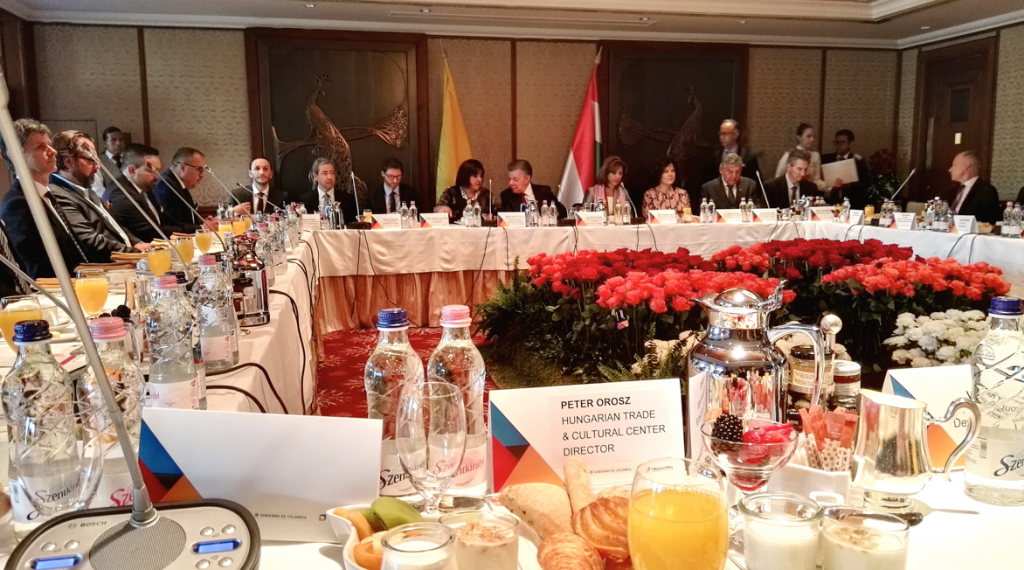 The union keeps in contact with the departments of Hungarian universities that are connected to Latin America, and supports the dissemination of books or other publications.