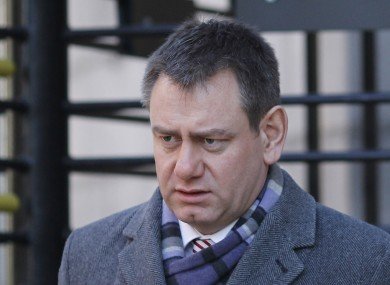 (MTI) – The Irish driver who was sentenced in Hungary for killing two children in a crash is willing to travel to Hungary to start his sentence but only with certain conditions, Justice Minister Tibor Navracsics said on Thursday.

After several extensions, 12 noon on December 5 has been the deadline for Francis Ciaran Tobin to make a decision about starting his sentence in Hungary.

Navracsics said minutes after the deadline expired that he hopes this was not another tactic to play for time but talks can be started without delay on the detailed conditions. He declined to reveal details and said the ministry was ready to immediately start the discussions.

Tobin was sentenced in absentia by a Hungarian court in 2002 for the fatal accident at Leanyfalu near Budapest in 2000. The sentence of three years was upheld by an appellate court, which added that he can be released after 18 months at the earliest. Tobin gave himself up to the authorities in Dublin in November 2011. An Irish court rejected Hungary’s request for extradition in June 2012 and ordered Tobin’s immediate release.

Tobin announced in March this year that he would be prepared to start his sentence in Hungary but would make a request to continue his term in Ireland.