(MTI) – Leaders of Transcarpathia have provided guarantees for ensuring the safety of the ethnic Hungarian minority and the county’s stability, Hungarian Human Resources Minister Zoltán Balog said after talks on Friday.

Paying a two-day visit to the county bordering on Hungary, Balog held talks with Valery Lunchenko, Governor of Transcarpathia, and Ivan Baloga, chairman of the county assembly. 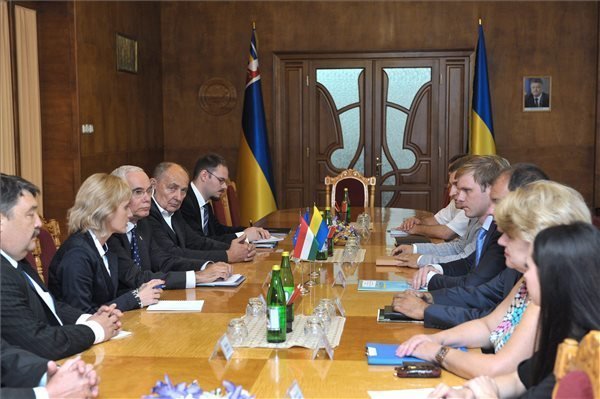 It is a matter of concern for the minority that ethnic Hungarians would be mobilised and deployed in the conflict with Russia in eastern Ukraine.

Balog said he would inform the ethnic Hungarian minority on his talks in a large rally to be organised by the Reformed Church of Transcarpathia in Berehi (Nagybereg) on Saturday.

Meeting Hungarian teachers in Berehove (Beregszász), Balog said that Hungary sought to support ethnic Hungarians of Transcarpathia primarily in strategic areas that are crucial for the survival of the community.

The minister inaugurated the headquarters of the Federation of Hungarian Teachers in Transcarpathia, the reconstruction of which was part-financed by the Hungarian government.

Budapest's Sziget Festival has received the international Greener Festival Award....
We and our partners use technologies, such as cookies, and collect browsing data to give you the best online experience and to personalise the content and advertising shown to you. I accept
Privacy & Cookies Policy