Two days ago, Jobbik’s president gave a presentation on the common Turkish-Hungarian past, present and future at Sakarya University, one of the centres of Turanist intelligentsia; yesterday it was time for Marmara University of Istambul. There were hundreds of people waiting for Gábor Vona, and as he wrote in his Facebook post, the atmosphere was incredible:

“I held a presentation at Istambul’s Marmara University for hundreds of students, teachers and other visitors. As the organizers said, the room was unfortunately too small for the other half of the people. I was received with incredibly strong enthusiasm, I was celebrated as if I were a star. In my lecture, I asked the audience to stand for the Székelys, since they are Attila’s grandchildren, too. At the end of the event, the dean of the university gave me a memorial medal and then it was time for the endless photo session.”

In his presentation, Vona pointed out that Turanic cooperation is a great opportunity for all nations related by blood to create a bridge between East and West, with Hungary being the Westernmost Turanic country.

Talking about the current atmosphere of world politics, Vona told his Turkish audience that globalism destroyed all societies which gave up their values and traditions, or were unable to protect them. 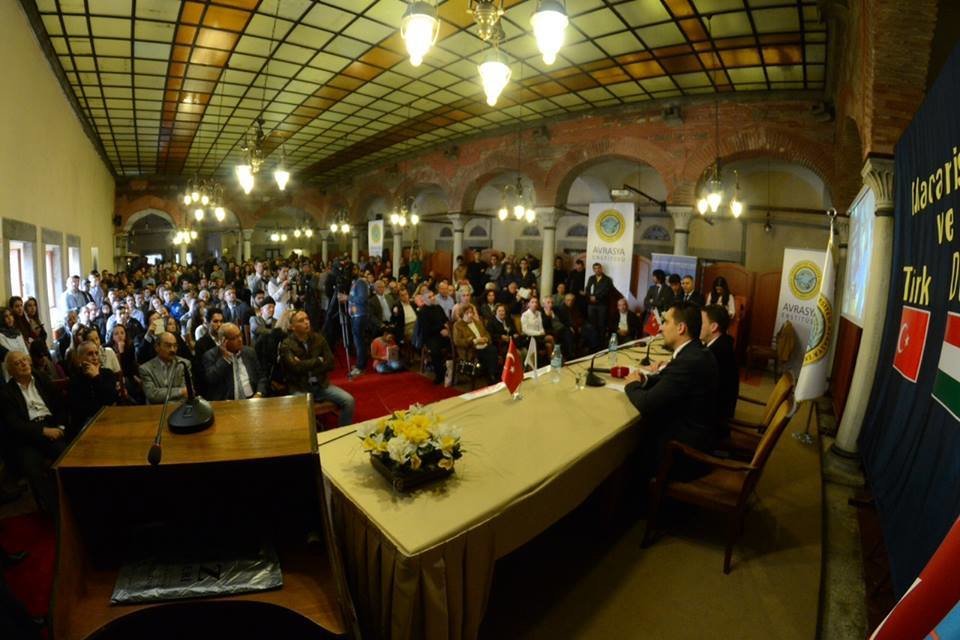 “The world is in turmoil today, full of injustice, manipulation and violence. Some say that it is the clash of various civilizations, cultures and religions, such as a fight between the Christian West and the Muslim East. This is a half-truth and we know very well that half-truths are worse than lies, because they are easier to believe. Christianity and Islam have indeed fought in the past, we Hungarians and Turks need no further explanation about that. But that is history, the current struggle in the world is much deeper than that. In fact, it is the powers of Euro-Atlantism that globalize, in other words, suppress the rest of the world. They have more or less subdued Eastern Europe, now it is time for the Muslim world. They want to expand global capitalism to the nations of the Muslim world as well.”

Gábor Vona’s presentation was often interrupted by applause. When Jobbik’s president mentioned the Székelys and their forthcoming autonomy, somebody from the audience(!) brought him a Székely flag. The flag, that depicts the sun and the moon exactly the same way as on the banners of many Turkic countries.

Talking about the Székelys, several visitors mentioned that the Székely people as well as Székelyland (Sekelistan in Turkish) have more and more coverage in Turkish media. For example, TRT Haber, the news service of the central Turkish television and other media showed extensive coverage of the Székely March on last Sunday and the matter of the Székelys, who are considered a brotherly nation as well.

Turkish people need more information about Székelyland and will give their full support to the freedom fight of Székelys.

After the presentation in Istambul, Jobbik’s president also met the football fans who put up the same kind of banner during the Turkey-Hungary match in Istambul as the one that was flown at the game in Budapest: “We are all Attila’s grandchildren!”