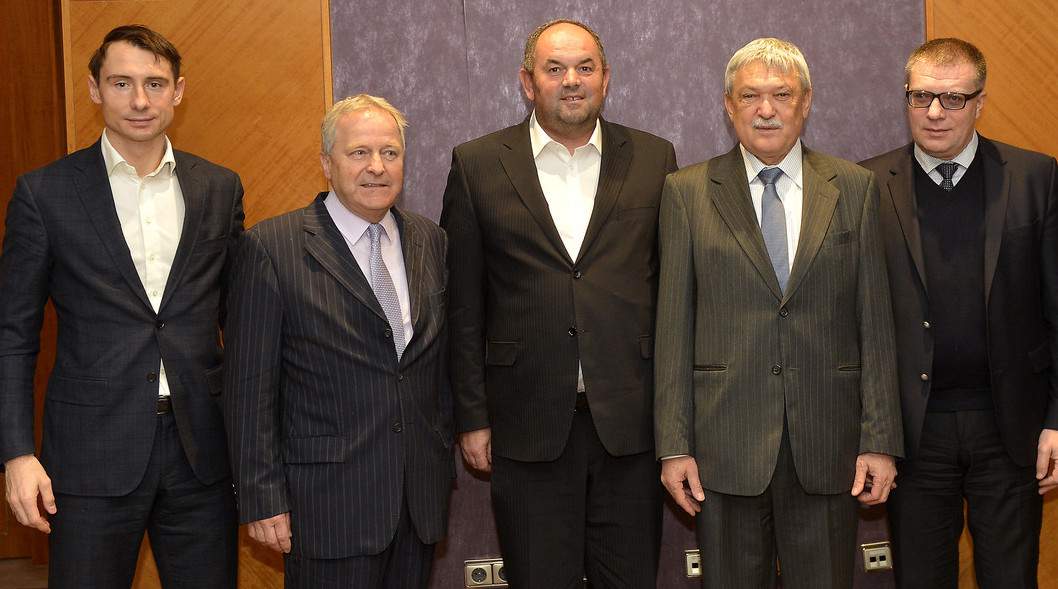 An official meeting between representatives of the national football associations which make up the ‘Visegrád countries’ took place today for the fifth time, a technical conference at which they assessed the three candidates for the vacant UEFA presidency who were also present.

At this extraordinary meeting of the Visegrád Six which is comprised of the football associations of Czech Republic, Poland, Austria, Slovakia and Hungary, MLSZ President Sándor Csányi opened by stating that they were gathered there to facilitate the opportunity for the three candidates to introduce their manifestos in front of the leaders of the six countries’ football governing bodies.

The Visegrád Six’s stated aims are to strengthen the region’s football and the technical cooperation within it as well as searching together for solutions to the challenges facing each association. The cooperation primarily focuses on youth development, women’s football and refereeing but this year precedence was given to asssessment of the candidates for European football’s most important election.

These three candaidates for the position of UEFA President are Spain’s Ángel María Villar, the organisation’s current first-vice-president; Aleksandar Ceferin, head of the Slovenian Football Association; and Michael van Praag, head of the Dutch Football Association and a former candidate for the FIFA presidency. The official election will take place at the UEFA Congress in Athens on 14th September so special attention is being paid to this event in Budapest where campaign speeches will be made which may influence the eventual outcome.

The election has become necessary because in December 2015 FIFA’s Ethics Committee banned then-UEFA president Michel Platini from all activities related to football.