US must stop unfriendly measures to improve ties with Hungary, says Kover

Budapest (MTI) – Hungarian-US relations can improve if the United States stops its “unusual and unfriendly” conduct and policies towards Hungary, Speaker of Parliament Laszlo Kover said in an interview on Sunday.

Kover said he had sent a letter to the president of the United States Senate in protest of recent developments.

“The Americans use these policies not only with Hungary. They use and abuse the Czechs, the Romanians, the Slovaks as tools in their geopolitical games to create order based on their priorities in the hinterlands directly behind the frontline,” he told MTI.

Hungary and the ruling Fidesz-KDNP alliance have for long had enemies at the mid-level of the US foreign diplomatic apparatus, Kover insisted. And US decision-makers rely on their opinions regarding Hungary, Kover said.

“Their tone is perhaps even more unusual and irrational now than before. We can live with disaffection, but as allies, we require correctness in the American position,” he said. “The keys to normalising bilateral relations are not in our hands,” he added.

Regarding a loss in popularity for the ruling parties, Kover said it was a sign of warning, but “no reason for panic”. It is a rule of parliamentary democracy that changes in public opinion are cyclical, he said. Opinion polls between elections are “hardly of any use,” he said. 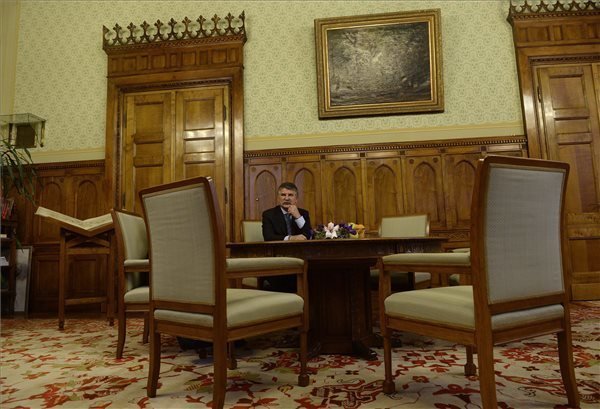 Now that Fidesz has to concentrate on governing and has had to take some necessary but unpopular measures, the opposition has a lot more ground to criticise. Their goal for the 2018 elections is that Fidesz should not continue to govern or not alone, he said.

On the subject of public discontent over the material gains of Fidesz politicians, Kover said a senior party politician, Zoltan Pokorni’s calls for “self-restraint” were useful. He added however that it should be a subject of discussion why 25 years after an “unsuccessful” democratic transition people still believe that getting rich is only possible through ill means. “I raise this issue, yet as a politician I am not one of the few who have amassed wealth,” he said.

Asked about the impact of a possible loss of an upcoming Veszprem by-election by which Fidesz could lose its two-thirds majority, Kover said this would not be a huge problem, because the need for two-thirds majority support in parliament is much less in the current cycle. The two-thirds majority only offers a comfort to governing powers that they can act without bad compromises, he added.