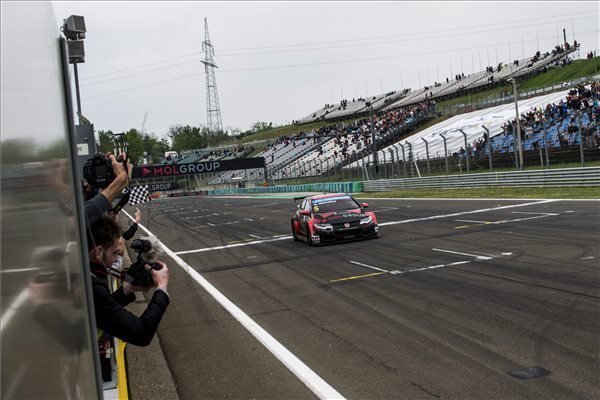 Privateer Norbert Michelisz (Hungary) claimed the first Honda World Touring Car Championship race victory of 2015 with a lights-to-flag victory in front of his home crowd at the Hungaroring, autosport.com reports.

According the autosport.com, in spite of not having the latest aero and engine package, Coronel passed Chilton cleanly at Turn 1 and held on tenaciously for the duration.