Szeretlekmagyarorszag.hu writes that Gorán, who is only three and a half years old, has outstanding mental capacities compared to his mates. His mother’s biggest problem is that they cannot find a kindergarten that would admit him, and on the other hand, they can’t afford a private kindergarten.

Gorán’s thirst for knowledge is unstoppable: he speaks fluent Russian, Chinese and English. He learned the names of the planets in the solar system by himself; he knows countries by flags and has no problem with locating them on the map. However, his favourites are car brands.

“We’ve been to many kindergartens, but kindergartners cannot handle his skills” said Gorán’s mother, Henrietta, who stays at home with the little genius in turns with his husband. The little boy was already able to read at the age of two, he learned colours more quickly in English than in Hungarian, and he also writes fluently now. 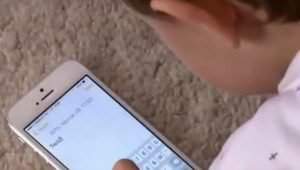 “I don’t mind at all that he is like this. His outstanding skills are not a disease, but talent. I won’t force him to be like kids with average skills” added Henrietta, who would want to enroll his son into a capacity developer institution. The little boy definitely needs a small group, but they don’t have them in state institutions in Hungary, and prices are too high in private kindergartens.

Gorán is not alone with his extraordinary skills. His parents know about 50 Hungarian families who couldn’t find state institutions that were able to handle their outstandingly talented kids. Due to constant rejection the family even thought about moving abroad, for instance, to Germany, where private kindergartners would care for Gorán so he would get a chance to unfold his talent.