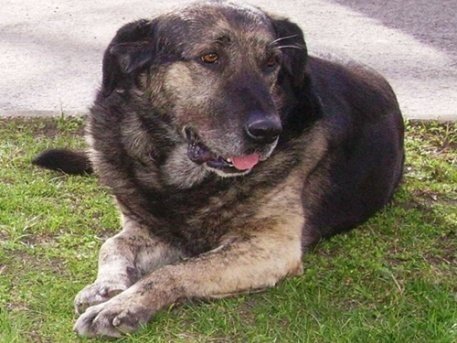 Beni, Budapest XVI. district’s most famous dog are going to get a memorial soon. His loyalty is exemplary, the doggy waited for his dead owner for more than 10 years, hir.ma reports.

After his owner has died and Beni was put out from his home he lived as a pye-dog. However, he stayed in the neighborhood and waited for his owner.

According to hir.ma, a short time later the locals became attached to the doggy: they gave him food and Beni was taken to the vet who inspected him for free. They were not able to adopt him because the dog invariably went back to the place where he used to live with his owner. In the end, 2 years ago The Local Council has adopted Beni at the locals’ request. Thereafter, he lived his remaining life as the Garden District’s pet, then in March this year Beni has died.

Now, the local council honours the memory of Beni . The memorial-which was prefigured by Edit Kiss kindergarten teacher and was created by Maria R.Torley sculptor- are going to be named as ’Beni, the faithful dog’. The expense of the mounting is paid by Laszlo Juhasz, the stonemason is Jozsef Dudas.
The memorial will be inaugurated on 13th July at 11 a.m.(1165 Budapest, at the corner of Jókai Street and Villő street)