According to origo.hu, the Hungarian National Film Fund supports the Academy Award Winner Son of Saul’s director, László Nemes Jeles’ new movie, Sunset, with around 4.9 million euros (one and a half billion forints). This is the second biggest fund ever given to a Hungarian movie. The shooting will start in the summer.

Hungarian movies with the biggest funds:

It hasn’t even been a year since a Hungarian movie won the most illustrious award of the movie industry after 35 years, László Nemes Jeles’ team started working together again with the support of the Film Fund. The director’s movie titled Sunset is much awaited in both Hungary and abroad.

Sunset is the story of a young woman in the Budapest of the 1910s. It is the story of how a girl becomes a woman at the sunset of Europe, before the 20th century civilisation darkens. “We’ve been working on this movie plan for many years with my colleagues, we’ve been preparing the shooting for months with happiness and excitement, as it will recall the life in the heydays of Budapest. It’s an honour for me that I can work with the same professionals, with whom I worked in Son of Saul. Sunset is going to be a very different movie, but similarly original and innovative. We’re facing great challenges” said the director. 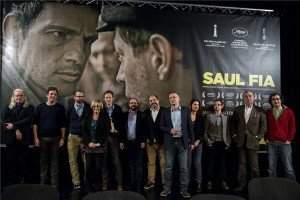 The screenplay was written by László Nemes Jeles, Clara Royer and Matthieu Taponier. The cameraman of the movie is going to be Mátyás Erdély, the visual designer is going to be László Rajk, the costume designer Györgyi Szakács, the composer László Melis, and the sound designer Tamás Zányi. We don’t know anything about the cast yet.

Sunset is produced by Laokoon Filmgroup with the lead of producers Gábor Sipos and Gábor Rajna. The premiere is scheduled for 2018.