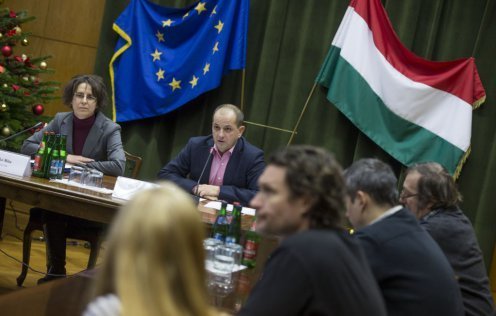 Hungary will remain free of genetically modified organisms, and our policy on this shall remain one of zero tolerance, the Ministry of Rural Development’s Minister of State for Parliamentary Affairs Gyula Budai declared at a press conference in Budapest on Sunday.

The Minister of State reaffirmed the Hungarian standpoint on keeping the country GMO free following the close of the Ministry’s series of events and lectures entitled Roadshow for a GMO-free Hungary. The Roadshow’s goal was to increase public awareness of why keeping the country GMO free is important to Hungary at as many venues and to as wide an audience as possible.

Press Office of the Ministry of Rural Development