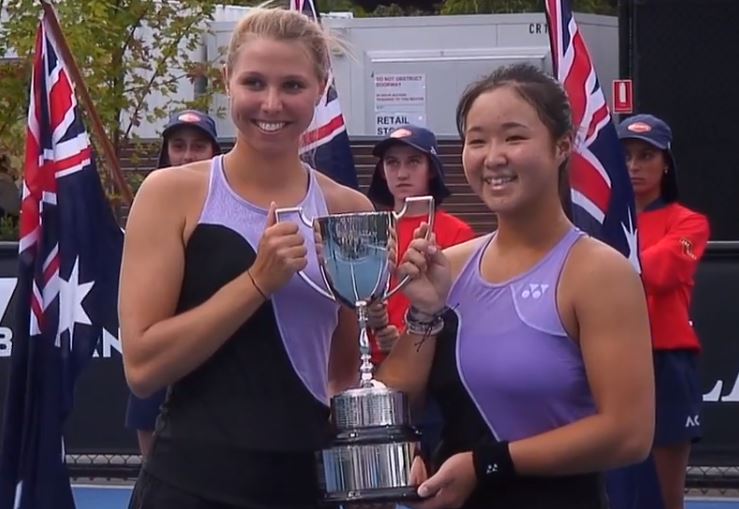 The Australian Open takes place every year in Melbourne, in the last two weeks of January. This year, Hungarians can be excited as the just 17-year-old Adrienn Nagy was crowned champion in the Junior Girls’ Doubles category, along with Nacumi Kawaguchi.

In the final on Friday, the Hungarian-Japanese duo defeated the American Chloe Beck-Emma Navarro duo in two sets, both ending in 6:4. The sets were similar in that the American pair lost the games twice, while Nagy and Kawaguchi only gave up one game -reports NlCafe. The match lasted for 61 minutes altogether.

This is a significant event in Hungarian sports history as no one managed to win the cup in junior tennis in 19 long years.

In 2010, Tímea Babos made it to the finals with Canadian Gabriela Dabrowski, but they lost the match. Before that, the same thing happened to Ágnes Szávay and the Czech Nikola Frankova in the final in 2005.

It was in 2000 that Anikó Kapros secured the win in Junior Girls’ Doubles category, along with Australian Christina Wheeler. That year, the Junior Singles’ title was also taken home by the Hungarian Kapros.

This year, Adrienn Nagy also entered the Junior Girls’ Singles category but did not get past the third round. Nevertheless, she did a great job in the doubles category and proved to be a graceful winner when accepting the trophy:

Tímea Babos was also there at the Australian Open this year. Babos and French partner Kristina Mladenovic made it to the final but lost to Australian Samantha Stosur and Chinese Shuai Zhang in the end.

For more news, check out this article about the first Hungarian to walk to the South Pole.