Tímea Babos – the first World No. 1 in Hungarian tennis history 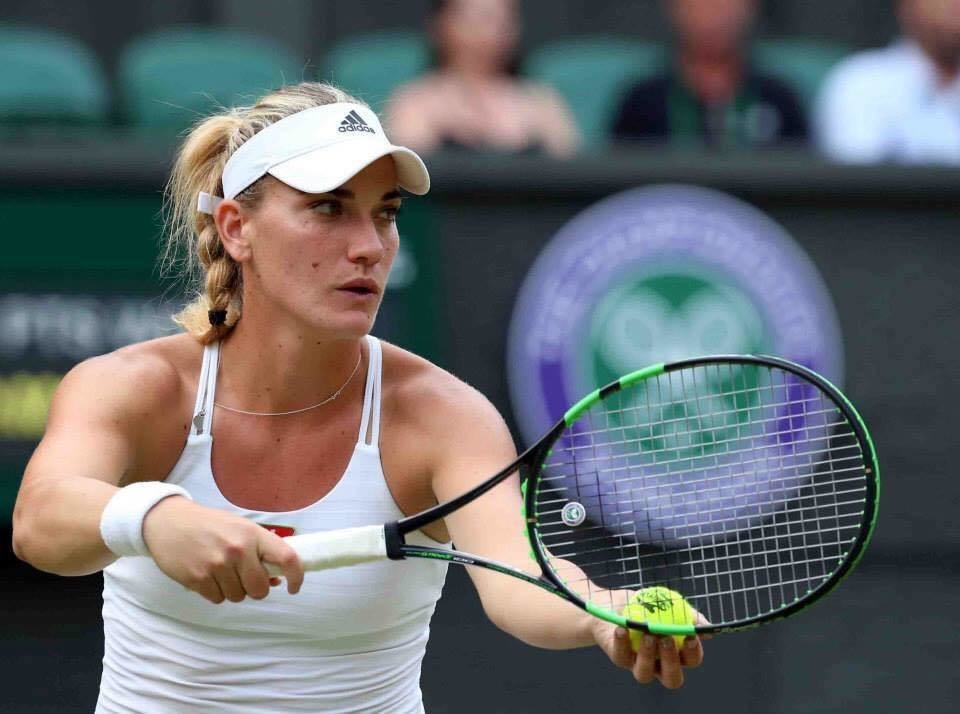 Tímea Babos keeps writing tennis history: first, she became the first Hungarian world champion in tennis, then she triumphed at the Australian Open, and now, she managed to become WTA Doubles World No. 1.

Babos and her partner Kristina Mladenovic won 14 matches in Wimbledon 2018, and they only lost two so far. However, regardless of the outcomes of Wimbledon 2018, Tímea Babos will become the World No. 1, because the second-best Andrea Sestini Hlavackova – Barbora Strycova double lost. Babos knew that the only way she did not get the title was if Hlavackova wins.

In an interview with Nemzeti Sport, Tímea Babos said that she tried not to pay attention to what others were achieving, but she focused on herself and her partner. She also emphasised in the interview:

“The World No. 1 title was not handed to me by others; I managed to get it with years of hard work.”

She also mentioned that so far, she has always managed to achieve every goal she and her coach set for her, let that be the WTA finals in Singapore, the Australian Open or the World No. 1 title right now.

In another interview with wtatennis.com, Tímea said that

“We set this goal this year that, after winning the Singapore Masters last year, I would like to have a Grand Slam title and the world No. 1 spot in my pocket. Here I am having both at the moment.”

She also said that she is incredibly happy and thankful that she managed to get the title. She also mentioned that she feels capable of achieving big things with different partners, as she won in Singapore and at the Australian Open with two different partners. She also told during the interview with WTA:

“The Grand Slam title was waiting for itself. I had a couple of finals behind me, so to finally get that title, especially with one of my best friends on tour, it was extraordinary (…) I have a feeling that I keep writing history all the time with having the Australia Open title or the masters title, or I was holding the highest career ranking also before, and just to be No. 1 is, of course, very special.”

She thinks that the people at home are delighted and supporting, even though Hungary is not a typical tennis country.