Analyst: Jobbik wants to mobilise base with appeal for donations 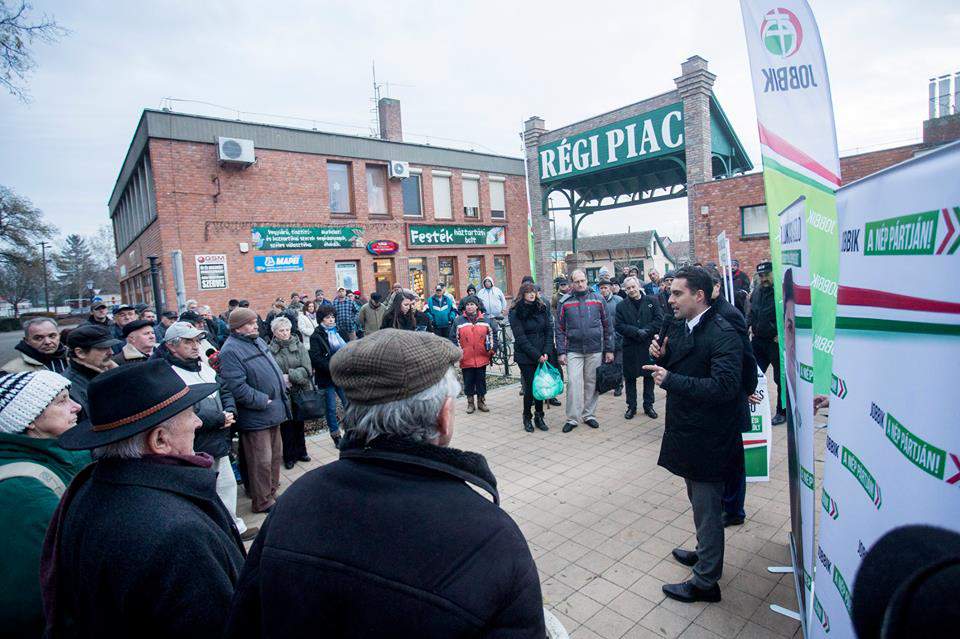 The cash-strapped Jobbik party has launched a crowdfunding appeal with the hope of mobilising its base, political scientist Zoltán Kiszelly told public television.

The opoosition party’s leader, Gábor Vona, has announced that Jobbik is launching a community fundraiser and has made an appeal for international public support after Hungary’s state audit office (ÁSZ) issued a report indicating that the party would have to pay a 660 million forint (2.1 million euros) fine for alleged party financing violations.

In the spring, Jobbik ran an anti-government poster campaign. The audit office conducted a financial investigation of the campaign, determining that Jobbik had received a sweetheart deal worth some 330 million forints in violation of the rules in force. It ordered the party to pay a penalty of double this amount.

Kiszelly said the regulation enforced by the authorities in the Jobbik case had been on the statue book for a long time but it was questionable as to whether it had been effectively enforced up to this point.

He said the question remained as to whether Jobbik could afford to pay the fine. He added that if the party did have the money, it was unlikely to pay the penalty using its own resources and this is why it was turning to its support base in the hope of receiving micro-donations. The analyst added that the fundraising campaign could also work as a rallying point to mobilise its voters, especially since Jobbik’s previous campaign topic, the so-called wage union, seemed to have failed.

Kiszelly said the “liberal intelligentsia” in Budapest had done a rough calculation that the total number of voters in the Jobbik and the left-wing opposition camps almost reached the same number as Fidesz’s two million voters. He said that the left wing are desperate; they realised that they cannot win and would need to join up with Jobbik.