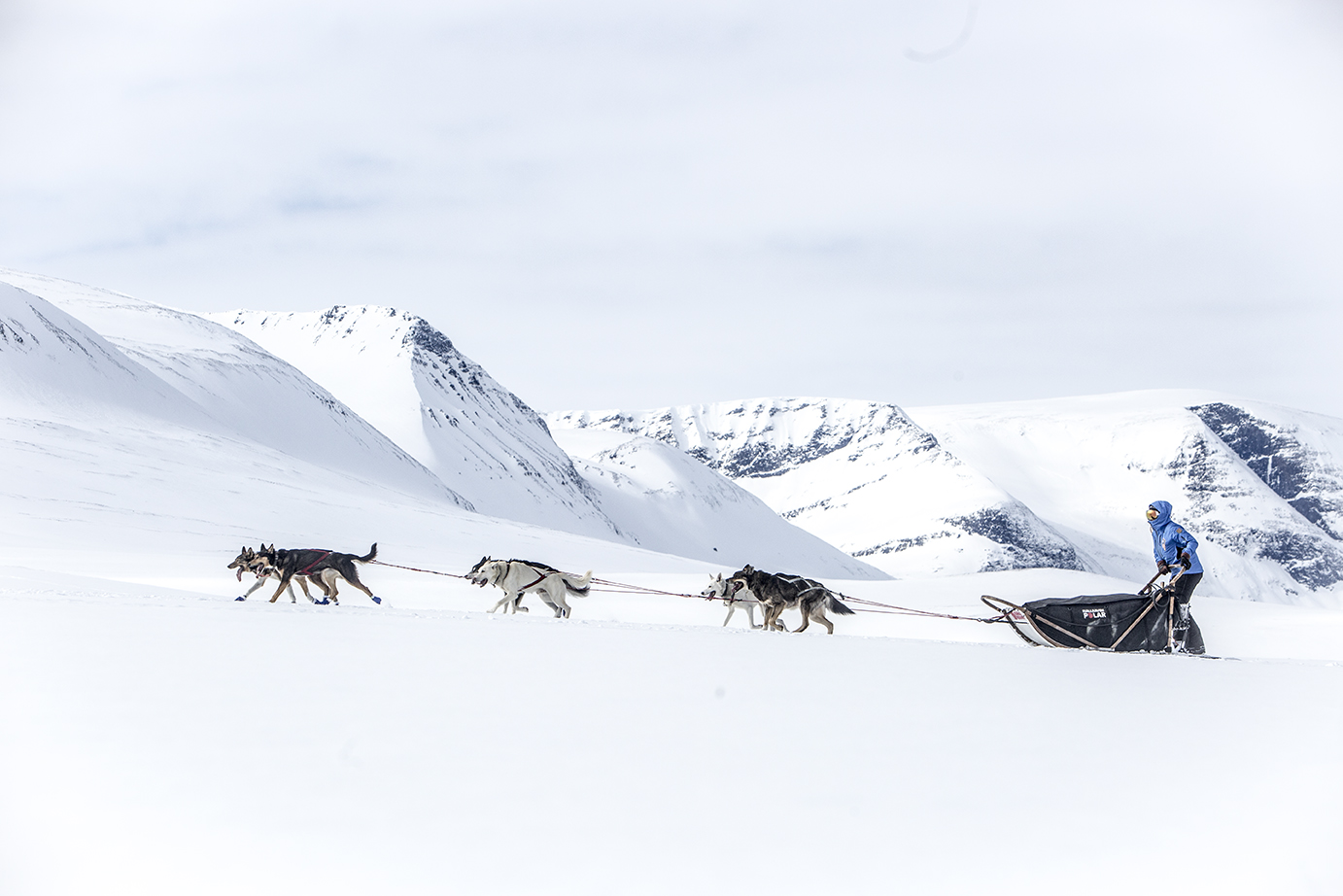 Anna Borbála Kitlinska and Dávid Varga experienced a lifetime adventure during their Scandinavian expedition. Far away from civilisation, the Hungarians faced several exciting and daunting challenges under the open sky.

Fjällräven Polar Arctic expedition enjoys great popularity in Hungary since several Hungarians apply for the extraordinary tour to move out of their comfort zone. This is an ideal adventure for the bravest ones, adrenaline addicts, and those who would like to experience the limits of their tolerance. During the five-day-long tour, participants complete their Arctic tour on sleighs led by dogs and surrounded by extreme conditions.

Last year, Hungary and all of Central Europe was represented by a Hungarian adventurer, Kitty Zaja, who received the most votes in the territory, by which she became the third most popular candidate worldwide. The young girl’s life has been completely changed by the five-day-long tour, just like in the case of this year’s explorers, Anna Borbála Kitlinska and Dávid Varga.

The popularity of Polar is also reflected in the number of applicants, which was 41 this year, out of which two fortunate ones managed to acquire the exceptional opportunity that is only provided to 20 people worldwide.

Dávid Varga recruited voters so enthusiastically that he became the first in the Central European region with more than 55,000 polls, by which the Hungarian boy received the third most votes globally. Meanwhile, his partner, Anna Barbara Kitlinska, participated in the adventurous experience as a result of the international jury’s decision.

Dávid and Anna completed the extremely challenging, but undoubtedly exciting expedition in April, and afterwards recalled their Scandinavian memories and experiences to the Hungarian news portal, szeretlekmagyarorszag.hu.

Accordingly, hikers were well-prepared for the extraordinary challenge thanks to the one-day-long theoretical training which took place in Sigtuna, the oldest city in Sweden. Within the framework of the training, participants received detailed information about the weather forecast, the necessary means of subsistence, the appropriate clothing, and other technical issues. This was followed by another one-day-long practical preparation in northern Norway, where the adventurers could practice how to pitch their tent in the high snow, got to know the usage of gas cooking and met the most important Arctic vehicles, their sleighs, for the first time. They soon became friends with other participants, which led to the atmosphere of the expedition becoming even more cheerful.

As Anna said, English knowledge was a requirement for participation. Therefore, their friendship can mostly be attributed to their personality rather than language knowledge. There was an instinctive co-operation between the members creating a strong team.

Besides becoming friends with their human companions, they also needed to get on well with their animal partners. Both of them were satisfied with the guide dogs who pulled their sleighs throughout the whole journey. According to the Hungarian adventurers, these five days brought them closer together with the accompanying animals, and this strong link could get realised as a result of respecting their four-legged helpers’ well-being and needs.

One day of the expedition

Every morning, participants started at 6 am. According to David, the coldest part of the day was when they climbed out of the sleeping bag. This was followed by the morning preparations, which lasted for three hours. First, they prepared food for the dogs: they boiled water which was poured onto sliced ​​sausages. Then they prepared their own breakfast as well. The necessary water supply was acquired from snow or by trepidation and was stored in thermos bottles. Then, they put their equipment on the sledge, prepared their dogs, and started to sledge for a period of 7-8 hours per day which was only interrupted by a lunch break. Once they arrived in the evening campsite, the most important thing was to feed the dogs, and then they could start setting their tents, boiling water, and making dinner for themselves.

The tour was not hindered by the given weather conditions as ‘only’ the first 1-2 days were cold with the temperature around -20 degrees. Later, it warmed up so much that it reached -15 degrees at night, without any wind. The last days were quite tolerable with -7 degrees. According to Anna, the most extreme conditions were experienced on the second day, when they had to face strong wind and snowdrifts while they were passing a plateau. As David said, “Several participants wanted to get into a major snowstorm to see how they react in a really ‘cool’ situation, but unfortunately, this was missed.”

The most difficult parts

According to Anna, the greatest difficulty was trampling in the 1m high snow, while Dávid got into an unexpected situation as his camp stove did not work, so, other members of the team helped him with boiling water. Still, he could not highlight any specific task that was extremely difficult; however, saying goodbye to their beloved human and animal friends was quite a difficult moment.

According to Anna, the most appealing part was the ‘team experience’ with the other participants and the accompanying dogs. She already participated in another Scandinavian expedition, Fjällräven Classic; however, this year’s tour required more concentration and mental focus. They needed to pay attention to their own needs in order to remain healthy and energetic during the whole trip, while the dog’s well-being was of primary concern as well.

As Dávid described, “The whole expedition was an amazing adventure.” Among the most appealing experiences, he listed the Northern Light or the first meeting with the 200 sledge dogs who were so excited to start their adventurous day. Besides these memories, he really enjoyed viewing the glowing fire and the bright stars under the open sky – as he says, this was the most beautiful moment of the expedition.

The Hungarian adventurers feel that the Fjällräven Polar Arctic expedition was a life-changing experience.

Anna emphasised that the tour enriched her with several useful experiences: “It definitely enlarged my performance capacity. Even though I am an experienced hiker, I learned a lot of new methods and practices which are useful not only in extremely cold weather.”

As Dávid explains: “It may sound incredible, but an expedition like this can completely transform and change its participant, even if it only lasts for 5 days. I learned a lot about myself and got to know what is really important in my life. And, of course, it is also significant that I could be dropped anywhere – no matter how far from civilisation – and I would know what to do.”

Congratulations to the Hungarian adventurers!!!