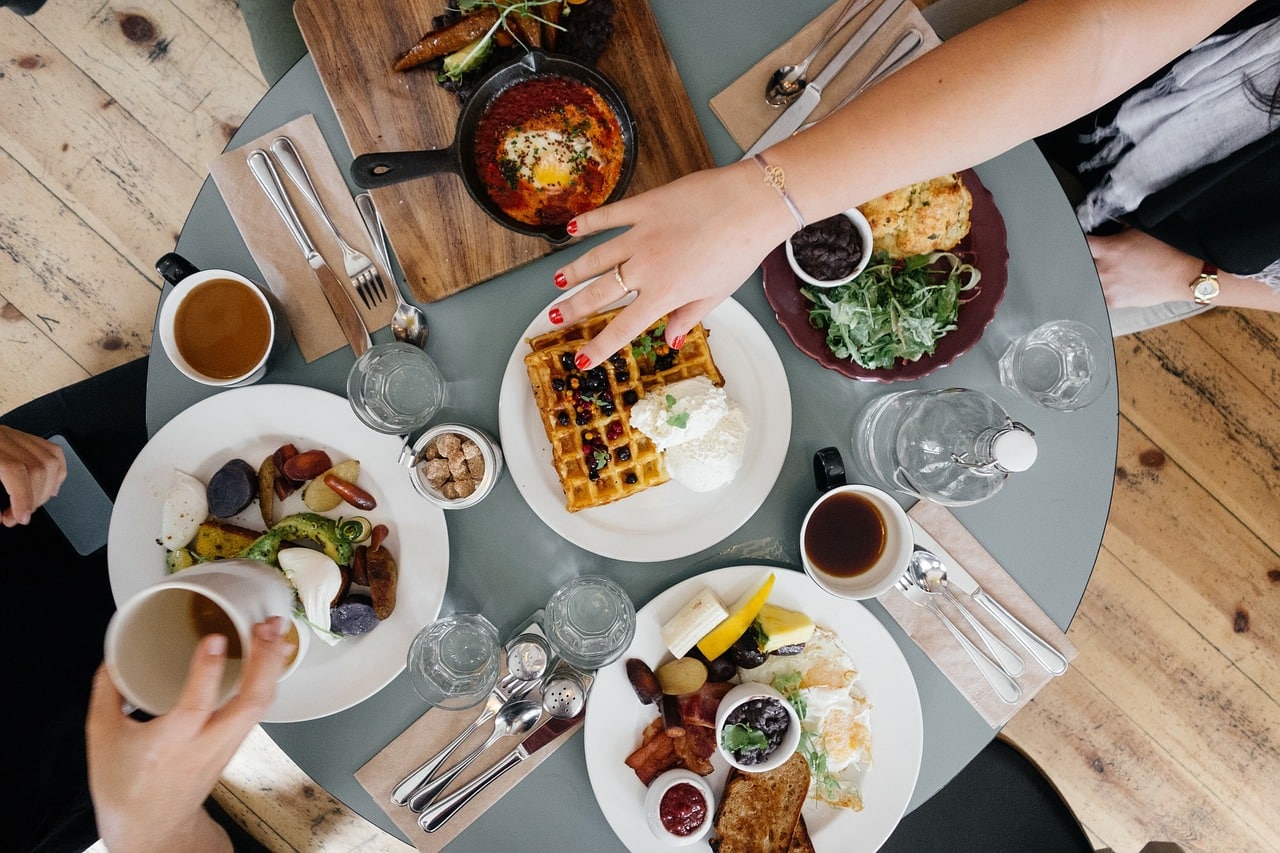 There is no better way to start your day in Budapest than to have your breakfast at one of Budapest’s best breakfast places.

Here are 10 options for you curated by food writer Gabriella Andrónyi at the Culture Trip.

Cafés of Budapest have a 200-year tradition in Hungary. Consisting of historical and modern places, the Budapest breakfast scene is truly one of a kind. Whether you are in a mood for hearty meat-based Hungarian cuisine or a lighter dip into Hungarian gastronomy, you cannot go wrong with any of the breakfast spots below.

If you are looking for a quieter spot outside of the city, the place for you is Villa Bagatelle in the hills of Buda. It is a beautiful 19th-century villa completed with a bakery named Brót. Even if you like to sleep in, you are in luck since this place serves breakfast all day long. Try the ‘Champagne breakfast’ consisting of the Hungarian kalács (sweet bread) with smoked salmon and two kinds of cheese.

Quiche at Gerlóczy Café and Brasserie

Try the goat cheese quiche with ham or the classic croissant at Gerlóczy Café located in District V. Surrounded by Art Nouveau architecture, the place holds the essence and looks of a decadent Paris Café.

Named after a stock exchange building nearby, this place combines the historical with the modern. Situated in Szabadság Square, Börze entices us with its playfulness and charm. Try bundás kenyér, which is similar to a French toast except it is savoury. Here, it is served stuffed with ham and cheese with a garlicky sour cream dip on the side.

A favourite of local people, Déryné Bisztró has been around for a century. Aside from one of the most popular brunch destinations, Déryné Bisztro offers pastries to eat on the go which you can purchase in a side building. Try the speciality of the house, which is eggs benedict, on a nest of shoestring potatoes, topped with caramelised duck liver.

A metropolitan place with a truly international menu from English breakfast to traditional Hungarian cuisine – you can practically have all you can desire. However, Andrónyi highly recommends the eggs royal with spinach (eggs benedict, smoked salmon, and spinach) and topping your breakfast off with Bagira, a coffee roasted in house.

The owner, Franziska Horváth, acquired a degree in economics before venturing into the world of gastronomy. Now she has her own place, Franziska, serving healthy breakfasts, including vegan options as well. Andrónyi recommends the ‘green bowl’ (avocado, spinach, spirulina, seasonal fruits, and coconut milk).

Primarily a coffee shop, Flow has become popular in a short amount of time, mainly thanks to its speciality coffee. Situated near Andrássy Avenue, make sure to stop by and taste their brews, and while you are there, try the vegan crepe filled with hummus, vegetables, and vegan bacon.

Similarly to Flow, Budapest Baristas’ main game is their coffee. However, it is worth trying their avocado toast as well, especially if you are one to prefer a lighter breakfast.

Make sure to arrive early to this place, which was established only two years ago. Három Tarka Macska (Three Calico Cats) evokes a little bit of Paris in the heart of Budapest since they only use flours milled just outside of the capital city of France. Try the baconos napocska (bacon sunrise) or Andrónyi’s favourites, the fig bread and chocolate-chip bun.

Located in the Jewish District, this place is the best choice for having a quick but singular breakfast. Owned by a well-travelled couple, Arán Bakery offers a selection of breakfast foods from around the world. Try their signature ‘cruffin’, a cross between a croissant and a muffin.