The Omicron coronavirus variant has been detected in Hungary, according to Cecília Müller, the chief medical officer.

the Delta variant is still by far the most dominant variant in Hungary.

one of the infected has mild symptoms, the other is in a moderate condition and is in hospital.

Chief medical officer added that the omicron variant is already spreading in Europe, so it was to be expected that this strain would also appear in Hungary.

She also said that further observations and research on the omicron variant are ongoing.

The programme also said that the national health officer believes that

the third vaccine is now more important than ever.

The Hungarian-owned diagnostic laboratory Neumann Labs informed MTI in a statement that the two confirmed cases of infection with the omicron variant so far have been identified at Neumann Labs, and that

the mutation infected a couple whose members had not visited abroad, so they must have contracted the disease at home.

In addition to the confirmed omicron infection of the couple,

the Hungarian lab is investigating other suspicious cases,

They said the Hungarian laboratory’s recently introduced new PCR test can detect all new coronavirus infections and separately detect whether the latest omicron mutation caused them. 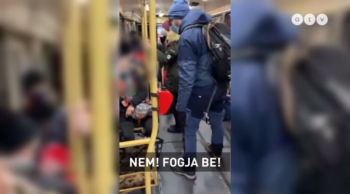