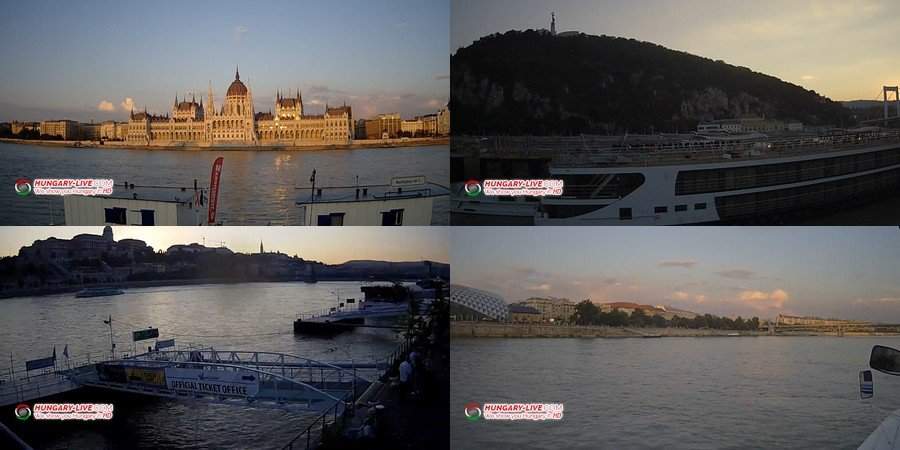 Budapest is one of the most attractive places in Europe, as well as one of the cheapest ones. It also has the most thermal baths among all the capitals in the world, and many UNESCO World Heritages Sites, such as the Banks of the Danube, the Buda Castle, the Heroes’ Square, and the Millennium Underground, which is the second oldest in the world after the London Underground. There is a lot to see, and now you can check out some of the sights live through webcams, courtesy of hungary-live.com.

The Hungarian Parliament is the world’s third biggest parliament building. Construction started in 1885, and was completed in 1904, led by architect Imre Steindl. The building is in the Gothic Revival style, while the dome is Renaissance Revival architecture. The facade is entirely symmetrical, built to accommodate a bicameral parliament, but since unicameral legislature was introduced after WWII, only half of the building is used by politicians, the other half is used for guided tours. The building is 96 metres tall to commemorate the 1000th anniversary of the country, which was celebrated in 1896. The camera is showing the view from Batthyány Square. (wikipedia.org)

This camera is placed on the Duna Corso ship which takes tours between Margaret Bridge and Rákóczi Bridge. If you catch it at the right time, you can take an hour-long tour on the Danube via webcam.

The Castle District in Buda has been a UNESCO world heritage site since 1987. Several medieval monuments and 17th-18th century houses can be found here. Three parts, the Buda Castle, the Szent György Square, and the historical quarters make up the Castle District. The camera is set up in Vigadó Square.

The Citadella is a fortification on top of Gellért Hill, which was built in 1854 by the Habsburg dynasty after the defeat of the Hungarian Revolution of 1848-49. It became a UNESCO world heritage site in 1987, together with the Castle District and the Banks of the Danube. This camera angle is also great if you want to watch the firework display on Saturday, August 20, at 9pm GMT+2.