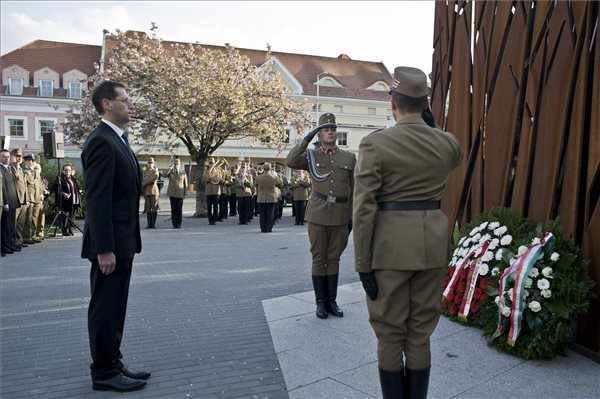 (MTI) – The histories of the Hungarian and Polish people have tied together in an unbreakable bond through centuries of fighting for freedom, Budapest Mayor Istvan Tarlos said at a commemoration of the Katyn massacre of 1940.

Addressing a gathering in the memorial park dedicated to the victims in Budapest’s district 3, Tarlos said the Katyn massacre was only one of the terrible crimes committed by the communist powers. He said the historic consequence must be drawn that there should never again be a legitimate power which feeds on extremist political-ideological views.

Some 22,000 Polish prisoners of war were massacred near Katyn by the Soviet secret police in the spring of 1940.