(MTI) – The authorities have issued an operation permit for the last Metro 4 underground station, the Mayor’s Office said on Tuesday.

Now that the Kelenfold station in the south of the city has received the all-clear, all stops are ready for a passenger test-run, Budapest Mayor Istvan Tarlos said in a statement. The fourth line is scheduled to be put into full service on March 31, 2014.

He noted that some finishing touches are still to be made at the station which has a 250-metre platform just 16 metres below ground, and these are expected to be completed in February.

The 4th metro line will connect the southern part of Buda with northeast Budapest. The final cost of the project is estimated at about 453 billion (EUR 1.5bn) forints.

Once the 4th metro goes into operation, the public transport company and authority will restructure transport services in a large area of Budapest, and this will mainly affect buses. 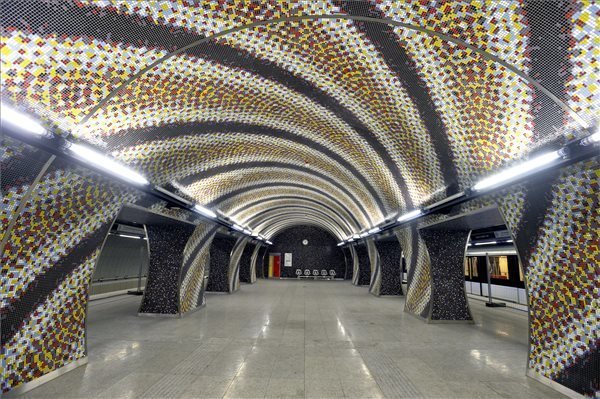 Budapest economy European Union Fidesz Government History Hungary migration Ministry of Foreign Affairs tourism Viktor Orbán
A new scholarship programme by the government, regulated by the Tempus Public…
Hungarian car-sharing company GreenGo has started operating in Prague with 100…
The Days of Azerbaijani Films, inaugurated on February 18, continue in Budapest's "Uránia"...
Hungarians have the lowest amounts of debt relative to their incomes in a European…
We and our partners use technologies, such as cookies, and collect browsing data to give you the best online experience and to personalise the content and advertising shown to you. I accept
Privacy & Cookies Policy