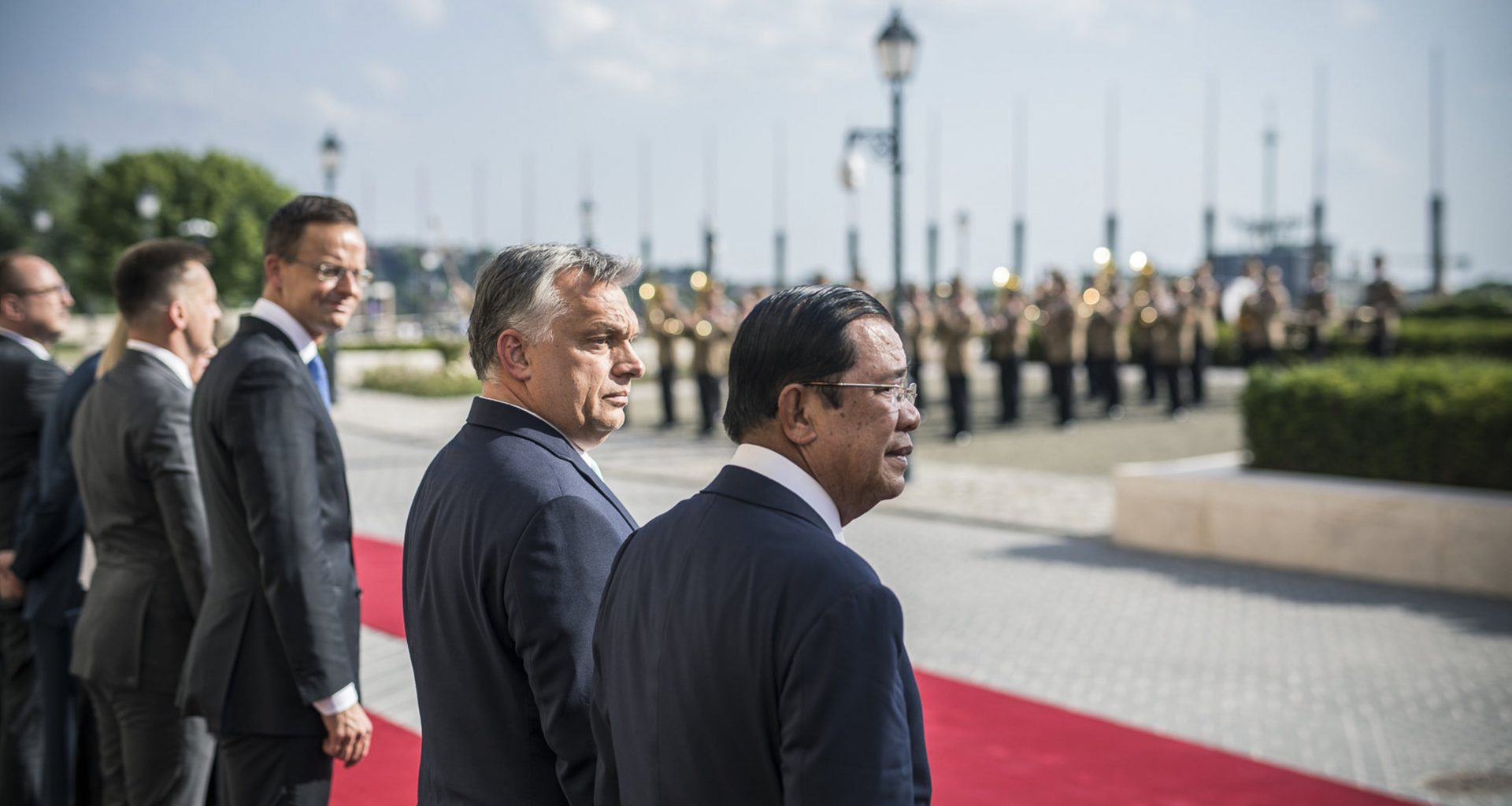 Prime Minister of Cambodia Hun Sen arrived in Hungary on Thursday for an official visit and held talks with Hungarian PM Viktor Orbán. The rapid development of economic, trade and investment ties to South-East Asia is in Hungary’s interest, Foreign Minister Péter Szijjártó said on Thursday after talks with Cambodian counterpart Prak Sokhonn.

Prime Minister of Cambodia Hun Sen arrived in Hungary on Thursday for an official visit and held talks with Hungarian counterpart Viktor Orbán at his office in the afternoon, the prime minister’s press chief said.

They agreed that Cambodia and Hungary shared the same views in many areas and there were further opportunities for bilateral cooperation, primarily in the economy, development and education. A Hungarian-Cambodian economic mixed committee will soon start its work, he added.

Orbán said Hungary supported making trade relations between the European Union and Cambodia closer and this issue must be handled separately from political issues, Havasi added.

The sides were in agreement that it would be useful to assess the possibility of re-opening embassies in each others’ capitals, he said.

Hun Sen invited Orbán for an official visit to Cambodia.

South-East Asia is one of the fastest-growing regions in the world, Szijjártó told a joint press conference.

“The cooperation outlook … with Cambodia is positive because the country has launched some major development schemes that also offer great opportunities for Hungarian companies,” he said.

Cambodia needs some serious investment in water management and Hungarian technologies have already been implemented in the region, he said. Significant investment is also planned in food processing and a state administration digitisation scheme is currently under way, he added.

Hungarian companies will receive subsidies to participate in development projects in Cambodia, he said. An economic cooperation agreement has been signed and an economic mixed committee will be set up, he added. Eximbank will open a 46 million dollar credit line to encourage Hungarian and Cambodian companies to work together. Also, talks are under way on a tied aid loan scheme and Hungary will open a representation in the Cambodian capital, he said.

He added that Hungary has offered 15 scholarships to students from Cambodia to study in Hungarian higher education institutions.

Cambodia is located in an area prone to natural disasters, which is one of the root causes of migration from the region,

he said. Hungary’s migration policy rests on the notion that help should be taken to where the trouble is and therefore Hungary has proposed to the European Union that development support for Cambodia should be increased in the next EU budget period, he added.

Hungary also encourages the EU and the United Nations to intensify participation in a demining scheme, he said. Hungary stands opposed to the EU withdrawing Cambodia’s trade privileges. Instead of imposing punishment, support should be boosted, Szijjártó added.

Hungary and Cambodia had maintained long-lasting cooperation and regular dialogue.

Both countries are dedicated to giving a new impetus to bilateral relations, he added. He expressed thanks to Hungary for supporting his country in international forums.

Before the press conference, a memorandum of understanding was signed on economic cooperation and agreements on education and development cooperation.