For more than a decade, the giant beverage manufacturer, has been selling only mineral water and high-fruit juice in primary schools, and now they also tightening up the supply for high school students.

From January onwards, only calorie free or low-calorie drinks will be sold to secondary schools. – Hungarian business site Forbes.hu mentioned, based on Coca-Cola Hungary’s information. This is the voluntary trade restriction that was introduced by Coca-Cola Hungary.

According to the commitment between the ’Union of European Soft Drinks Associations’s (UNESDA) member companies, the association sells no-calorie (maximum 4 calories per 100 ml of energy) or low-calorie (maximum 20 calories per 100 ml energy) beverages in high schools from 2019. This new European commitment affects more than 40 million young people in Europe, in about 50,000 secondary schools in the continent.

The new regulation fulfills the previous voluntary commitment of the ’Union of European Soft Drinks Associations’, according to which Coca-Cola Hungary sells mineral water only or high-in-fruit juices since 2006 to primary schools.

Limitation of high-calorie, sugary beverages in Europe’s secondary schools is valid from 2019. The company is going to provide every eight-grade and six-grade secondary schools with juice and mineral water and agreed not to engage in advertising activities for children under 12 years. 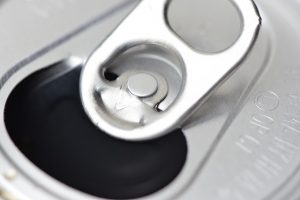 In 2018, the company introduced 12 calorie-free or low-calorie products, half of its portfolio now consists of such products. As a result of continuous product development in the recent years, the company now offers its customers more than 90 non-alcoholic drinks: carbonated soft drinks, natural mineral waters, flavored waters, innovative waters juices, nectars and fruit drinks, ice teas sports drinks, and vegetable drinks are all part of the assortment.

The company’s Hungarian mineral water bottling plant is in Zalaszentgrót, while the headquarter and manufacturer center has been operating since 1996, it is located in Dunaharaszti, Hungary.