Kristóf Kosik, a lawyer close to the Prime Minister’s informal advisor Árpád Habony and to the Minister of the Prime Minister’s Cabinet Office Antal Rogán, could’ve earned more than 5 billion forints with the settlement bond business. The Kosik Lawyer Office led by him gets 5 thousand euros after all bond marketing. And since the regulation orders that foreigners can only commission the Kosik Lawyer Office with the receiving of the settlement permissions from the Office of Immigration and Nationality, the office profits from all bond sales. Hungary has sold 3647 settlement bonds up till the end of June since the start of the programme in 2013. If we count with this sum, the lawyer of Árpád Habony and Antal Rogán pocketed 5.6 billion forints.

An international judicial and tax advisor office also profited well from the bonds. According to mno.hu, the mediator company registered in Liechtenstein called VolDan Investments Ltd. made a deposit management contract with CMS’ Budapest office. CMS is Europe’s biggest tax and judicial advisor network, which has almost 60 offices all around the world. So this company also gets 5 thousand euros after all bonds.

Foreigners – mostly with Russian and Ukrainian citizenships – who make a contract with VolDan Investments, transfer the 300 thousand euros they pay for the settlement bond to CMS’ account, then the money only gets to the mediator company after the national settlement permission, engrossed by the Hungarian authorities, come to hand. One weakness of the settlement bond business is that the investor doesn’t get the original issue of the settlement paper, only the confirmation, a type of bill, engrossed by the mediator company. This highly decreases the trust in the programme. The involvement of an internationally acknowledged, multinational enterprise was needed to calm clients.

Who are the real owners?

It also turned out that the officially announced owner circle of the companies that market the settlement bonds is not matching to reality. As it is known, the distribution permission of the bonds are submitted by the Economic Commission of the Parliament. The president of the Fidesz ruled commission is Member of the Parliament Erik Bánki, while the former president used to be Antal Rogán, who sub-signs the law modification concerning the bond business. He has emphasized more than once that the programme is not thwarting because the papers are distributed by companies registered in offshore locations and the owners are known. However, doubts have arisen. 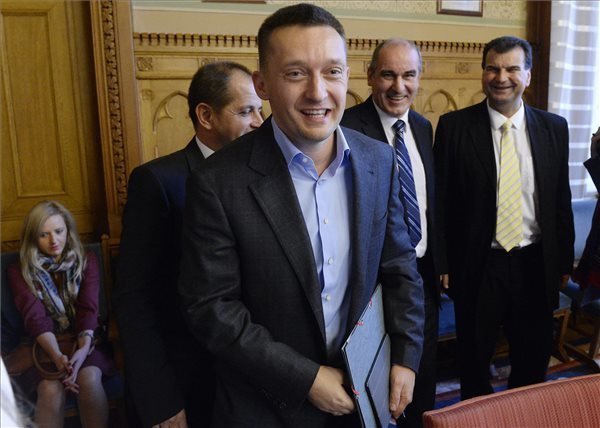 To the knowledge of mno.hu, the owners of two Liechtenstein companies, S & Z and VolDan, are different on paper, but in reality both are owned by a Georgian-Israeli born business man, Shabtai Michaeli, who also speaks good Hungarian. The commission cancelled S & Z’s distribution permission in the summer of 2014. On the other hand, VolDan functions up to this day, they even have an office in Budapest, in Bécsi Street. Officially the office operates under the name of VolDan Hungary Kft, but the processes happen through VM-4 Service Kft in reality. A former member of the company was Ferenc Oláh but he passed his position to his brother after the Economic Commission cancelled S & Z’s permission. However, it is Ferenc Oláh, known to be Shabtai Michaeli’s right hand, who supervises the processes up to this day. He is also believed to be the managing director of VolDan Hungary Kft, but the company has no income, it finished last year with a loss of 14.5 million forints. At the same time, VM-4 had a turnover of 106 million forints and finished last year with 20 million forints pre-tax result.

MNO also found out that the Office of Immigration checks the past records of bond buyers in vain, as criminals can also get settlement permissions. By the law, certificate of good conduct has to be shown to justify that the given foreign citizen hadn’t had tatty cases with authorities. But this has to be asked from the authorized office in the registered residence. Several previously sentenced foreigner obtained settlement permission in Hungary by re-registering themselves in a tax paradise state and asking for certificate of good conduct there.

More and more signs are showing that the government basically supports a corruption affair through the settlement bond business. Árpád Habony knows the directors of several offshore companies, he was paid a helicopter sightseeing in Hong Kong and travelled to Moscow with VolDan Investments. According to the calculations of MNO, the mediator enterprises acquired an income of 84 billion forints if counting with the cheaper service fee, or 101 billion forints if counting with the more expensive one. Out of this, at least 33 billion forints can be considered public fund, as the state pays interest after the settlement bonds to the mediator companies, not the investors. Out of the mediator companies, only one is registered in Hungary, while others were founded on the Cayman Islands, in Liechtenstein, Malta and Cyprus.