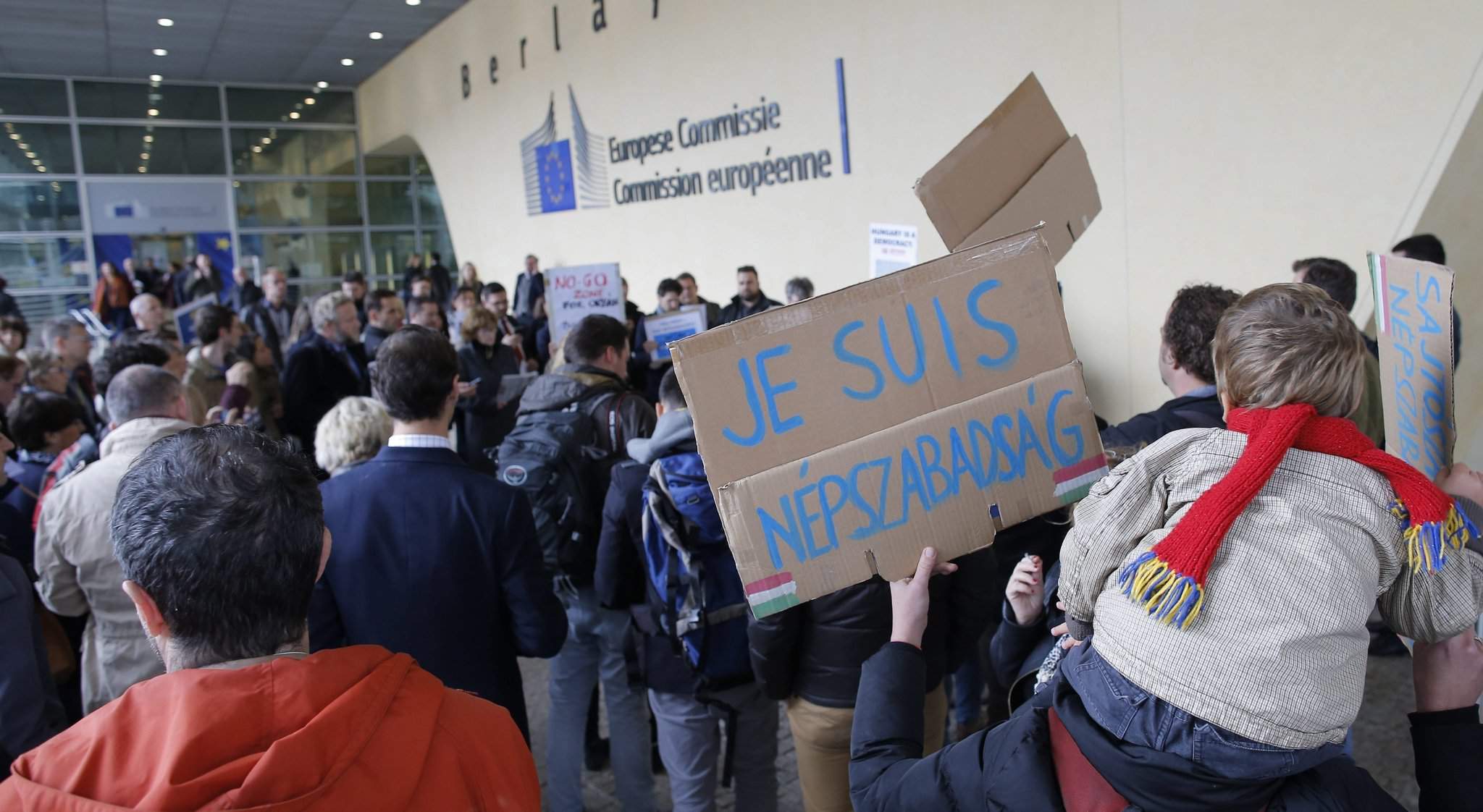 Brussels, October 19 (MTI) – A demonstration was held in protest of the suspension of Hungarian daily Népszabadság’s publication in front of the European Commission headquarters in Brussels on Wednesday.

Speakers at the protest said that the paper’s closure had “seriously hurt” the freedom of the Hungarian press. They also lamented that Népszabadság journalists who had often been critical of whatever government was in power would have an increasingly hard time finding jobs.

Katalin Halmai, Népszabadság’s Brussels correspondent, told the demonstrators not to believe everything that had been said about the paper in the media. She said people should not believe that the decision to suspend the paper’s publication was taken for business reasons or that Népszabadság was only making losses.

“It also should not be believed that the decision to close Népszabadság was not a politically-motivated one,” Halmai insisted.

István Ujhelyi, a MEP for the opposition Socialists, was also present at the demonstration.