Budapest, November 5 (MTI) – The upgrade of Hungary’s sovereign rating by Moody’s means that all three big ratings agencies have Hungary in investment grade and this could open a “new chapter” in efforts to reduce the country’s public debt, Economy Minister Mihály Varga said on Saturday.

Ratings agency Fitch bumped Hungary back into investment grade in May and Standard and Poor’s followed suit in September.

Accordingly, the costs of debt financing are set to drop by as much as 10 billion forints (EUR 32.7m) a year, Varga said.

The upgrade by Moody’s is further confirmation of the success of the government’s economic policy and the economy’s stable growth path, the minister insisted.

The impact of Friday’s upgrade should be neither overestimated nor the opposite, Varga said. Expecting a sudden change in the perception of the economy, for instance, would be overestimating its impact, Varga said, adding that market investors had turned positive about Hungary’s economy before the ratings agencies, having marked Hungary’s risk premium at the same level as investment-grade Poland.

But it would also be wrong to underestimate the upgrade because many investors still view the opinions of ratings agencies as key benchmarks, he noted. Moody’s upgrade was “a mere bonus” in this respect. 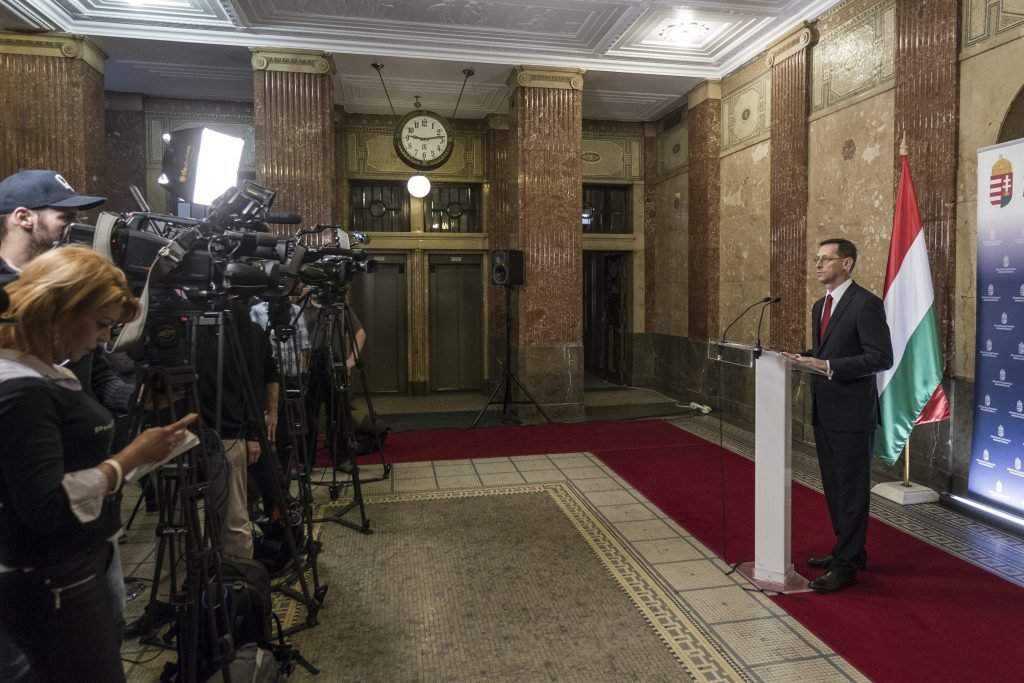 The minister said the country’s debt-to-GDP ratio would maintain its downward trajectory this year. The foreign currency debt ratio is also decreasing, and the government expects it to fall to below 30 percent this year, a “milestone” given that six years ago the proportion of public debt denominated in foreign currency was 50 percent, he added.

On the topic of employment, Varga said Hungary was “nearing full employment”, noting that the jobless rate had fallen to 4.9 percent.

Asked if the government was planning to issue foreign currency bonds, Varga said the government had no such plans for the foreseeable future, as such a move would be in conflict with the aim of increasing the proportion of forint-denominated debt.

He said the government would make a decision about the residency bond scheme next week, which he said had played an important role in the financing of Hungary’s public debt. Even if the government decides not to scrap the scheme, its conditions are likely to be changed, he said.

Varga also commented on the European Commission’s Friday ruling that Hungary’s advertisement tax is incompatible with European Union rules and that the country should recover taxes from companies that enjoyed an unfair advantage. The minister said the tax had been designed to help SMEs, but this was “overruled” by the EC’s decision. The government will now have to decide whether it turns to the European Court of Justice over the matter or if it amends the law in question, he said.

Budapest economy European Union Fidesz Government History Hungary migration Ministry of Foreign Affairs tourism Viktor Orbán
A new scholarship programme by the government, regulated by the Tempus Public…
Hungarian car-sharing company GreenGo has started operating in Prague with 100…
The Days of Azerbaijani Films, inaugurated on February 18, continue in Budapest's "Uránia"...
Hungarians have the lowest amounts of debt relative to their incomes in a European…
We and our partners use technologies, such as cookies, and collect browsing data to give you the best online experience and to personalise the content and advertising shown to you. I accept
Privacy & Cookies Policy