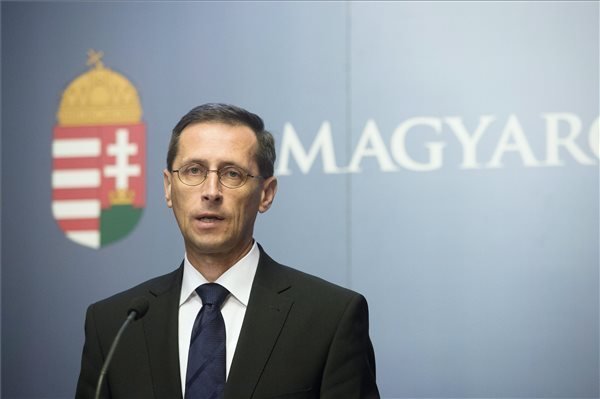 Budapest, July 17 (MTI) – A 110 billion forint freeze will be placed on government spending in order to guarantee this year’s deficit target of 2.9 percent of GDP, the economy minister told a professional forum on in Budapest today.

Speaking at a conference of the Hungarian Economic Association and the Fiscal Council, the minister said the freeze would affect government expenditures without hitting families and businesses.

Varga said the measures are needed because certain “positive” economic trends such as low inflation have a negative impact on the central budget, having dented excise tax and VAT revenues.

Further, the European Union is slapping Hungary with punitive measures which have an impact on the financing of certain projects, he said.

Out of the full amount, 39.5 billion forints of ministry spending will be frozen, the national economy ministry said in a statement sent to MTI.

Reserves to cover extraordinary government measures will be significantly reduced and the freeze will also considerably affect expenditures in the Investment Fund, as well as separate state funds and spending related to asset management, the ministry said.

The head of the Fiscal Council told the forum that this year’s deficit target of 2.9 percent of GDP calculated with EU methodology can be achieved, based on economic developments in the first half of 2014 and if planned revenues and expenditures pan out.

No major risks appear on the revenue side due to the favourable economic developments and the stabilisation of the country’s tax system, Arpad Kovacs told the event.

On the spending side, the positive effects of earlier government structural measures such as in the pension system and on drug spending have already shown up in the figures, he said. But a firm control over spending must be maintained in order to achieve the deficit target, namely, increases in spending should not exceed reserves.