Edward Teller, the father of the hydrogen bomb 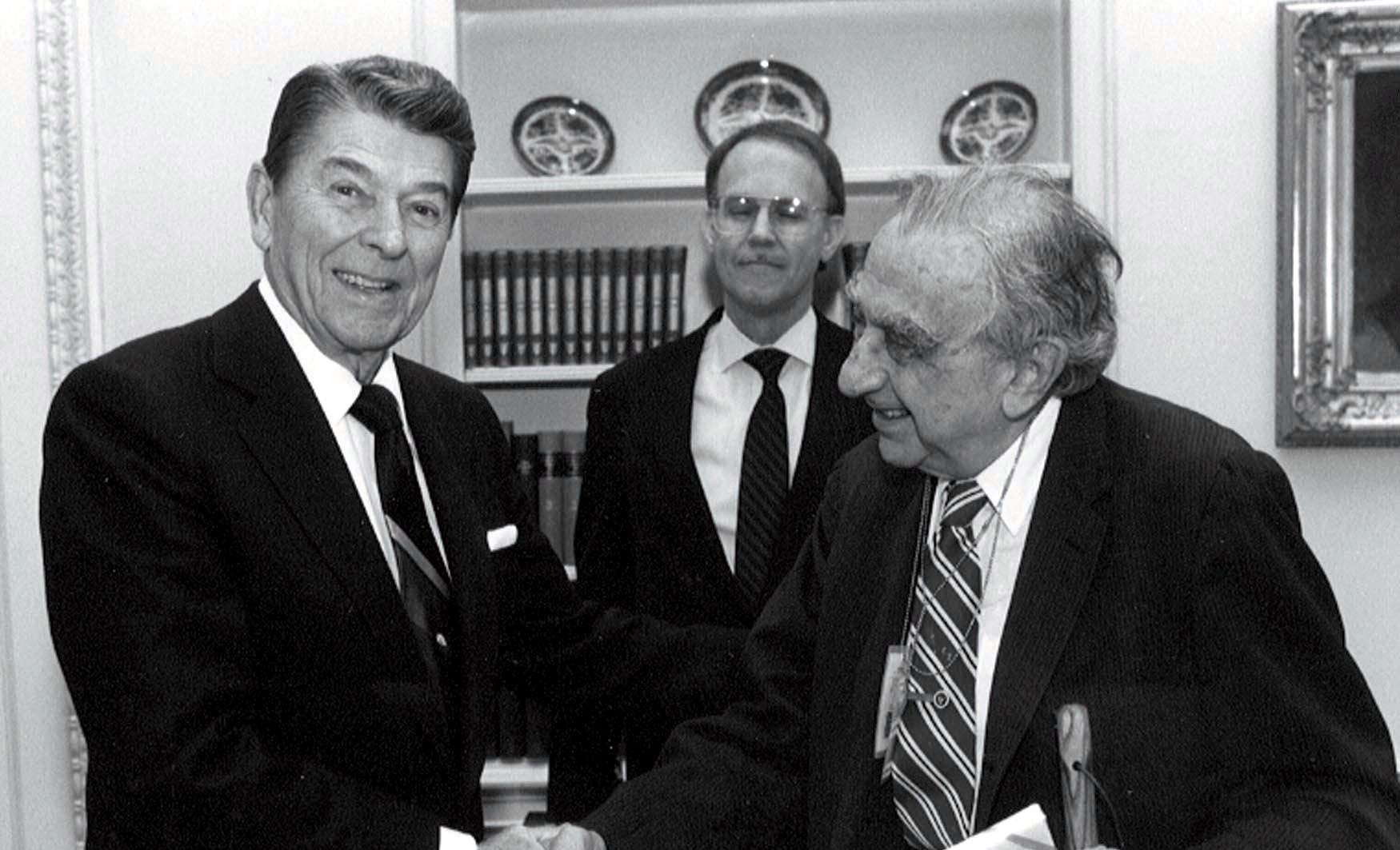 Ede Teller and Ronald Reagan in 1983

Edward Teller was a Hungarian-born American nuclear physicist who participated in the production of the first atomic bomb in 1945 and whose research led to the development of the hydrogen bomb, the world’s first thermonuclear weapon.

He was born on the 15th of January in 1908 in Hungary (Austria-Hungary at that time) into a Jewish family but later he became an agnostic. He was a late talker, like Einstein or Feynman, but as soon as he started talking, he spoke in full long sentences. As a child, he also became interested in numbers,

he would calculate large numbers in his head for fun.

He started studying at the Budapest University of Technology and Economics but left Hungary in 1926, partly because of the discriminatory numerus clausus rule under Miklós Horthy’s regime. Teller studied chemical engineering at the University of Karlsruhe, where his professors were amazed by his clever and original ideas. Teller spent the holidays in Hungary, with his friends. They loved hiking in the hills of Buda. Once he suffered a serious accident party because of this hobby: he was going to the train station in Munich, planning to go to one of these excursions. His thoughts must have wandered away because it was too late when he realised that he had to get off: he jumped off the tram when it was already moving. He lost balance and the tram pushed him. Teller rolled away on the ground, and he saw with a surprise that his right boot was in front of him, torn. His first thought was that he would be unable to go hiking like this… only then did he realise that part of his right foot was in that boot. The accident required him to wear a prosthetic foot, leaving him with a lifelong limp. 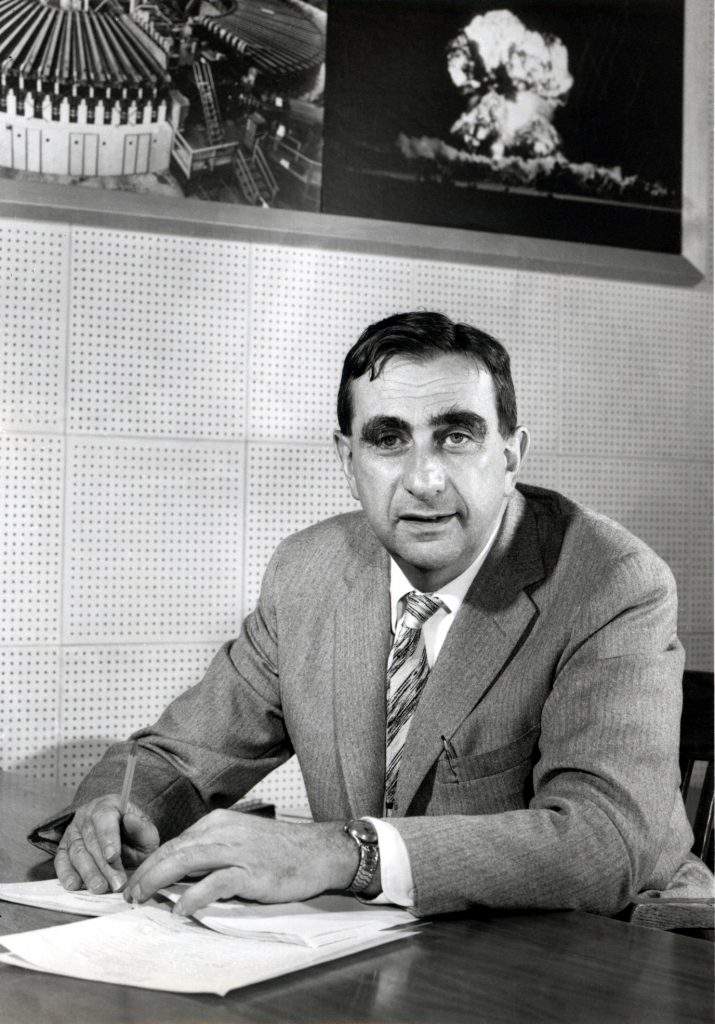 Teller received his PhD in physics under Werner Heisenberg at the University of Leipzig. According to the anecdote, his teacher told him to write his dissertation on the calculations he had so far instead of calculating further because his noisy calculator did not let the doctor sleep, whose room was right below Teller’s.

In 1930, Teller moved to the University of Göttingen, then one of the world’s great centres of physics. After Adolf Hitler became Chancellor of Germany in January 1933, Germany became unsafe for Jewish people. In February 1934, he married Maria Harkanyi (Mici), who wanted to return to the US. Teller was invited to the United States to become a Professor of Physics at George Washington University in 1935, so they moved to the US.

In 1942, Teller was invited to be part of Robert Oppenheimer’s summer planning seminar,

at the University of California, Berkeley for the origins of the Manhattan Project, the Allied effort to develop the first nuclear weapons. When Oppenheimer set up the secret Los Alamos Scientific Laboratory in New Mexico in 1943, Teller was among the first men recruited. Although the Los Alamos assignment was to build a fission bomb, Teller digressed more and more from the main line of research to continue his own inquiries into a potentially much more powerful thermonuclear hydrogen fusion bomb.

Teller accepted a position with the Institute for Nuclear Studies at the University of Chicago in 1946 but returned to Los Alamos as a consultant for extended periods.

The Soviet Union exploded an atomic bomb in 1949, after which Teller was even more determined that the United States has a hydrogen bomb,

but the Atomic Energy Commission’s general advisory committee, which was headed by Oppenheimer, voted against a crash program to develop one. The debate was settled by the confession of the British atomic scientist Klaus Fuchs that he had been spying for the Soviet Union since 1942. Fuchs had known of the American interest in a hydrogen bomb and had passed along early American data on it to the Soviets. In response, President Harry Truman ordered the go-ahead on the weapon, and Teller laboured on at Los Alamos to make it a reality. 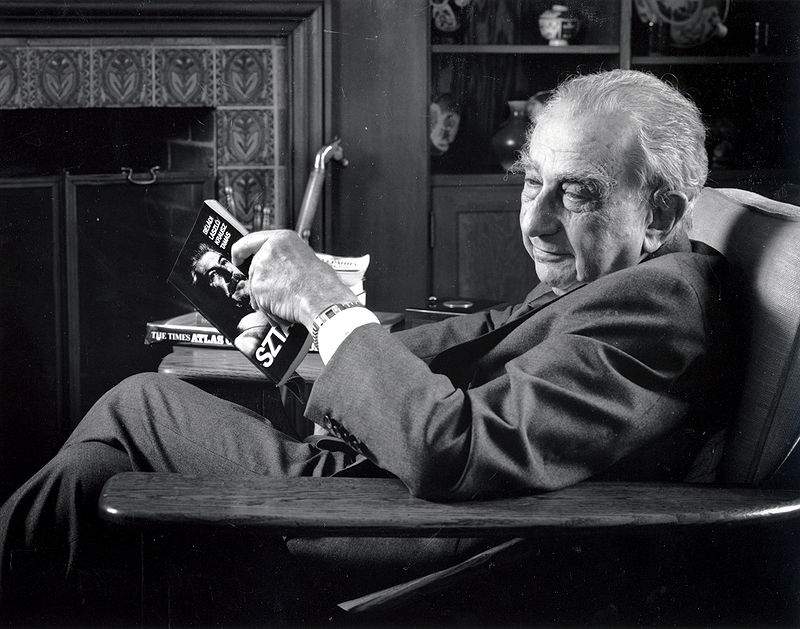 Teller was subsequently credited with developing the world’s first thermonuclear weapon, and he became known in the United States as “the father of the H-bomb.”