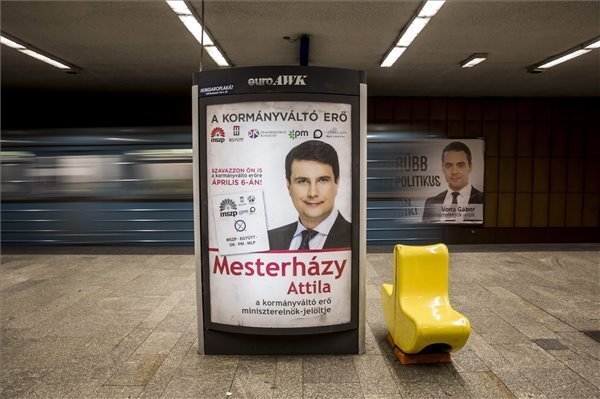 Mesterhazy, speaking in front of around 500 people, said that under the Socialist-run government, 470,000 families had received compensation for their gas bills. Since this subsidy had been scrapped by the Fidesz government, these families paid now paid more for their gas, even after the three cuts to household utility bills instituted by the current government.

He promised that if the Socialists are elected, they would make the scheme to cut household bills fairer. Poor people would get more subsidies while the rich would not receive anything, he said.

He said the Fidesz government’s flat income tax and the scheme to pay off mortgages denominated in foreign currency early favoured the well-off, while the government did not want to help people who were really suffering due to their debts.