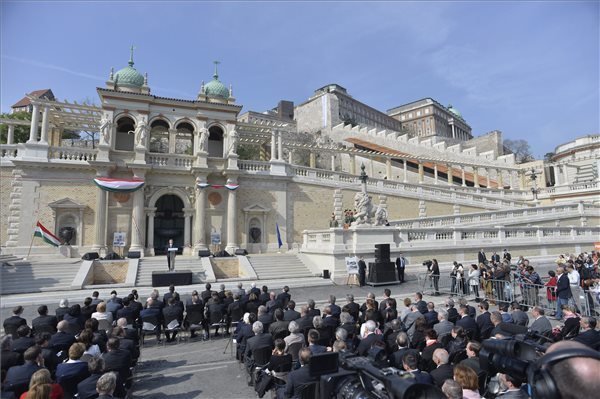 Budapest, April 3 (MTI) – The newly refurbished historic Varkert Bazar, the royal garden pavilions at the foot of Castle hill, will be Budapest’s pride once again, Prime Minister Viktor Orban said at the opening of the first phase of the reconstruction today.

Orban said a 30-year-old “stain” on the map of Hungarian heritage protection has been eliminated with the reconstruction. 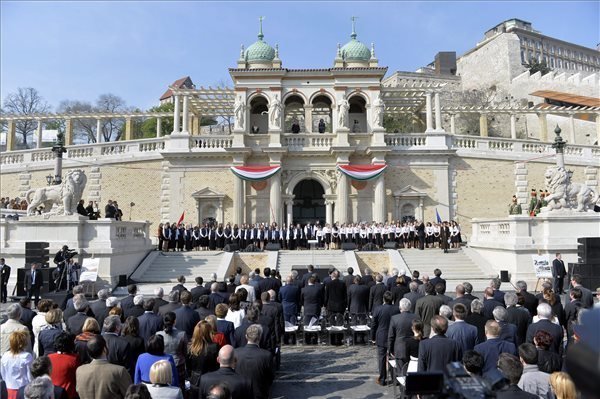 Orban said the second phase of the project will be completed by August 28, to be followed by “a full reconstruction of the palace”. 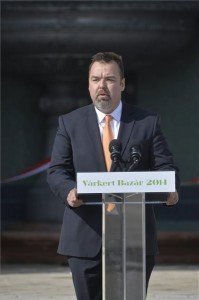 Laszlo L. Simon, the government commissioner in charge of the project, said the Varkert Bazar reconstruction had been one of the largest heritage projects since the end of dictatorship in Hungary. Built by architect Miklos Ybl in 1883, the 2,000 square-metre pavilions were closed in 1984. Simon thanked the government and the European Union for their support for the project.