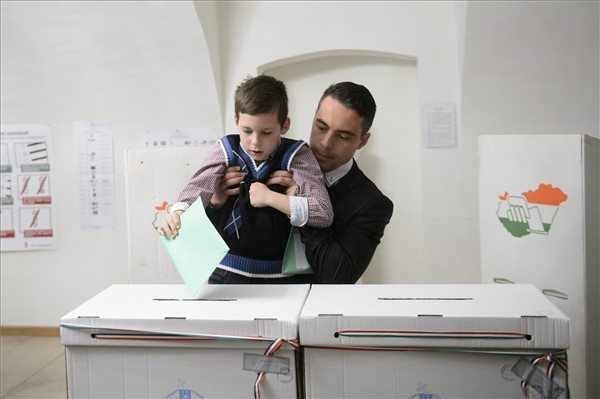 Opposition E-PM leader Gordon Bajnai cast his vote at a polling place in Buda a few minutes after the polls opened at 6 in the morning. He said there could be a change of government if the participation rate was high enough. He added that the election would determine whether Hungary drifts in the direction of Ukraine or starts down the rough road towards Austria. 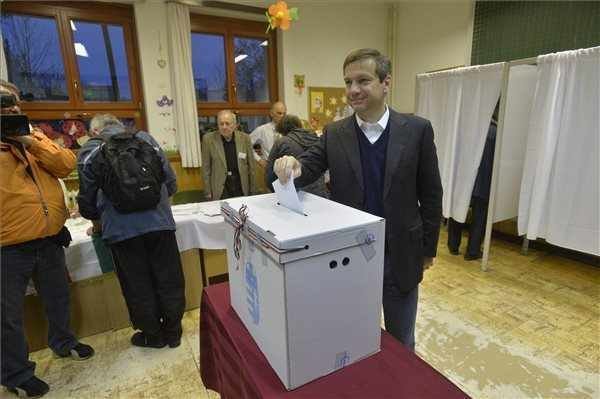 Prime Minister Viktor Orban visited his local polling station in the capital’s district twelve with his wife, Aniko Levai, casting his vote a few minutes before 8 in the morning. He told journalists afterward that he wished to see a high turnout. “I hope that a great many people will go [to vote], and that no matter what government is formed, it can start its work with a broad foundation of popular support,” Orban said. 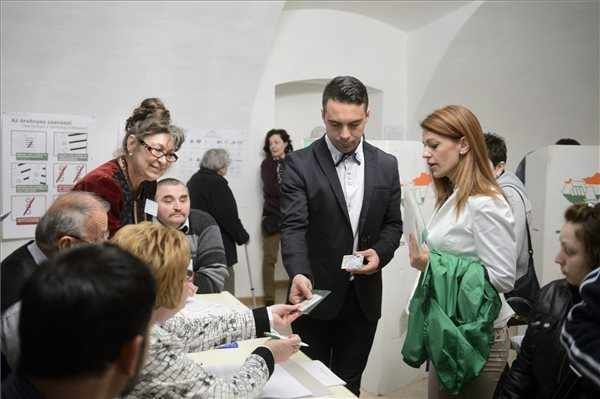 Gabor Vona, the head of radical nationalist Jobbik, voted in Gyongyos in northern Hungary with his wife and young son a little after 8 in the morning. He told the press afterwards that he would not make a projection about the final results but he was certain that they would “cause a surprise.” Jobbik is planning to enter government, if this fails then the party will refuse to sign a coalition with either Fidesz or the Socialists and remain in opposition, he added.

Main opposition Socialist leader Attila Mesterhazy submitted his vote in Veszprem in western Hungary shortly before 11.30am but declined to speak to the press afterward. 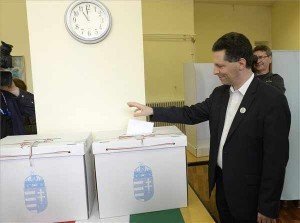 LMP leader Andras Schiffer submitted his vote at Fovam Square in Pest. He told the press afterwards that if his party gets strong support, there would be no two-thirds majority in parliament and Prime Minister “Viktor Orban’s despotic ambitions can be stopped.” Projections that there will be no change in government now seem to prove correct, he said, adding that what is at stake is whether voters turn towards Jobbik or to a non-violent and democratic alternative represented by LMP, he added.

DK chairman Ferenc Gyurcsany cast his vote a little after 11:30 with his wife, Klara Dobrev, at a polling place in Budapest’s district two. He said he had bet a beer with DK politician Csaba Molnar that the participation rate would reach over 68 percent, adding that the high rate would favour those who want to see a change of government, while a low one would be good for the current government. Data available till now show an average participation rate, he noted. The former prime minister said his supporters would await the election results in the evening at the New Orleans Pub.