Eurocopter to make offer to Hungary for defence, air ambulance use 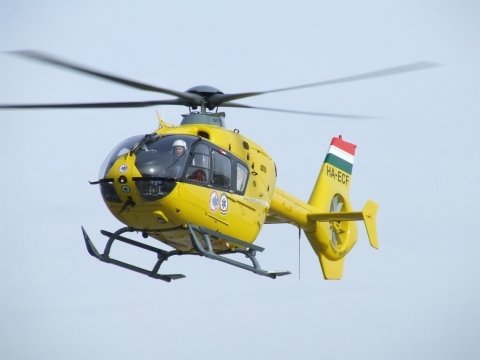 “We are aware the Hungarian army and the air ambulance service plan to completely replace their helicopter fleets,” Thomas Hein, head of trade and customer relations in Europe, told Hungarian journalists during a visit to its Donauworth factory.

“Eurocopter could make an attractive offer that would enable Hungary to set up a mixed fleet capable of both military and civilian ambulance tasks according to demand,” he said.

Replacing Hungarian army’s helicopters is expected to take place next year, the defence ministry said in October. The relevant professional requirements have been defined and a tender for the purchase drafted. The draft does not define the exact number of helicopters as this depends on the models chosen, the ministry said.

Earlier, the minister said the tender for purchase with EU funding would be invited to allow applicants to submit their bids before next year’s general election in the spring.

The decision will then be made by Hungary’s next government, Hende said.

Hein said that helicopters made for different tasks are built with many identical parts and so the operation of the fleet is cheap and the similar flight parameters makes pilot training simple. Eucopter could offer comprehensive services including operation, servicing and pilot training, he added.

More than 12,000 Eurocopter helicopters are used in 148 countries around the world, including the EC135 and EC145 light twin-engine models popular among police and ambulance services.

The Eurocopter group was established in 1992 from the helicopter divisions of France’s Aerospatiale-matra and Germany’s DaimlerChrysler Aerospace. The current owner is EADS (European Aeronautic Defence and Space Company) which will be renamed to Airbus Group next year.