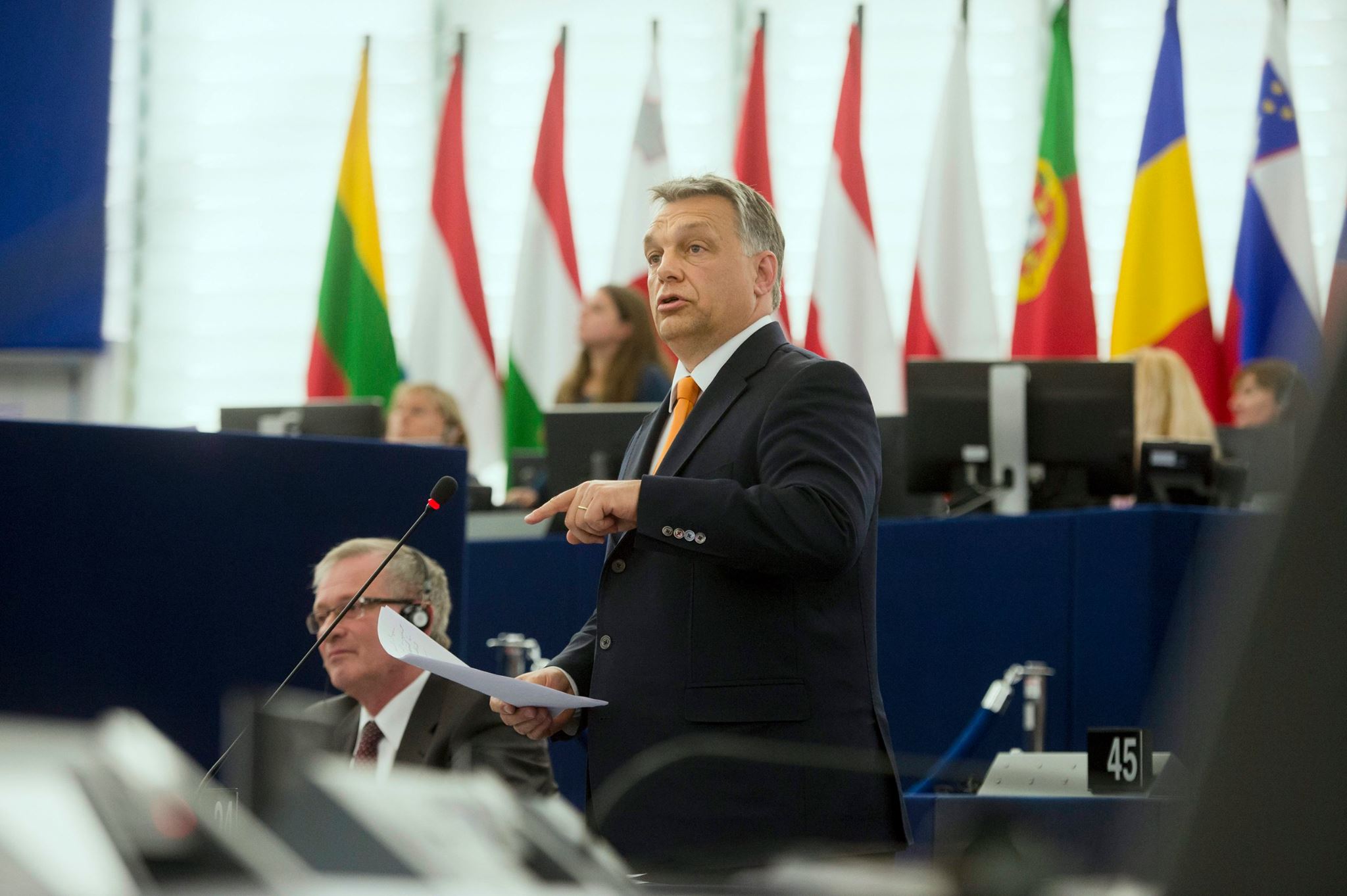 MEPs of Hungary’s ruling Fidesz party are set to quit the European People’s Party (EPP) group after an amendment to the umbrella party’s rules was approved at a group meeting on Wednesday, according to Fidesz MEPs Kinga Gál, the chairperson of the Fidesz-KDNP EP delegation and Tamás Deutsch, the head of the delegation.
Gál and Deutsch told MTI that it was “unacceptable” that the EPP group had launched “hasty administrative manoeuvers” during the coronavirus epidemic that was “claiming the lives of thousands of European citizens every day, putting unprecedented pressure on our citizens and economies.”

The Fidesz MEPs said they had stated their legal and political concerns on several occasions, but the final version of the amendment to the EPP statutes was still unsatisfactory.

The change in rules that would allow a simple majority to oust a whole party group from the EPP group would prevent Fidesz MEPs from exercising their parliamentary rights,

The Fidesz MEPs said the democratic will of almost 2 million Hungarians who backed Fidesz in the European elections “must be respected fully”. This means the rights of their elected representatives must not be curbed or revoked, they added. Gál and Deutsch said in their statement that handling political differences bureaucratically was

“anti-democratic and unworthy” of the EPP party group.

As we reported before, Fidesz’s membership in the EPP was suspended in March 2019, due to the Hungarian party’s critical stance and “alleged violation” of EPP values.
The EPP group voted on Wednesday to change the group’s statutes to make it possible to suspend the membership of a whole group, not just individual MEP members, or to terminate membership collectively if the party group’s rules were seriously breached.

Katalin Novák, a deputy leader of Fidesz, has slammed the EPP group’s vote to amend its statutes, saying it would curb the ability of her party’s MEPs to exercise their parliamentary rights.

“Thousands of people are dying in the European Union on a daily basis,” Novak said on Facebook. “And yet the European People’s Party’s parliamentary group is focused on limiting Fidesz MEPs’ room for manoeuvre.”

Novák, who is Hungary’s minister without portfolio for family affairs, noted that Fidesz decided to “put an end to the disagreements” and leave the EPP group after the umbrella party approved an amendment to its statutes that would allow MEPs to be removed from the group en-bloc with a simple majority.

Novák also shared a letter by Prime Minister Viktor Orban addressed to Manfred Weber, the EPP’s group leader, on Fidesz’s decision to leave the group. In his capacity as Fidesz leader, Orbán said he was disappointed to witness “the EPP group paralysed by internal administrative matters and busy silencing … democratically elected Europeans, while hundreds of thousands of Europeans are hospitalised…”

He called the change in rules

“a clearly hostile step towards our voters and Fidesz”.

“This is anti-democratic, unfair and unacceptable.” The governing body of Fidesz, he added, “has decided to leave the EPP group in the European Parliament immediately.” Orbán added that Fidesz MEPs would continue “to speak for those voters they represent and defend the interests of the Hungarian people.”
Meanwhile, opposition leaders also commented on the events. For example, Jobbik said that nobody should have any illusions: Fidesz left today the EPP, but tomorrow they will leave the European Union.

Ferenc Gyurcsány, the leader of the Democratic Coalition, said that PM Viktor Orbán is not a strongman in Europe but the continent’s loser.

András Fekete-Győr, chairman of Momentum Movement, wrote that today PM Orbán continued to move away from Europe and move closer to Putin’s Russia.

The smaller Hungarian governming party, the Christian Democrats (KDNP), issued a statement later that they remain in the EPP in the European Parliament.

György Hölvényi, KNDP’s only MEP currently serving in the European Parliament, told MTI that the party joined the predecessor of the EPP, the European Union of Christian Democrats, in the early 1990s.
The amendments of the EPP’s statutes, which the EPP adopted earlier in the day, do not “present a legal issue to KNDP and do not strip the party of positions it is holding”, Hölvényi said. He said the party would continue to work for the cause of religious freedom, for persecuted Christians, for interreligious dialogue and for the advancement of European development policy.