Budapest, June 27 (MTI) – A total of 61 works by the early 20th-century Italian painter and sculptor Amedeo Modigliani will be presented at the Hungarian National Gallery in Budapest at an exhibition representing the first large-scale showing of his art in Hungary. 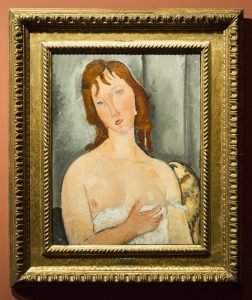 The exhibition will be open from June 29 to October 2 and it presents the main periods and stylistic turns in the work of Modigliani (1884-1920), as well as his relationship to his contemporaries.

Director of the National Gallery and Museum of Fine Art László Baán told the press on Monday that Budapest will be on the map of the world’s most important museums in the few next months, with two simultaneous large-scale exhibitions, one devoted to Picasso and the other to Modigliani.

He highlighted that the Modigliani show includes a large photograph of Picasso’s studio with a Modigliani portrait on the wall, which Picasso had bought because he admired Modigliani.

The exhibition is realised by the Museum of Fine Arts – Hungarian National Gallery, the Reunion des musees nationaux – Grand Palais in Paris, and the LaM in Villeneuve d’Ascq, in cooperation with the Ateneum Art Museum – Finnish National Gallery in Helsinki.