The flower parade of Debrecen, full of exciting programs, is starting on the 14th of August. Several Hungarian and foreign performers are invited to make this week-long event even more fun, reports azutazo.hu.

The name of the city, Debrecen, is frequently associated with the flower parade. This parade is the most well-known touristic attraction of the city, and if you find yourself even close to Debrecen in the next few weeks, this is something that you should definitely see.

If you look at a map of the city, you will see that many places have the word “nagy” meaning big in their name, like the church, the forest, the railway station or the market. Although the flower parade is not named this way, you can be certain, that this event is going to be huge. The parade is not only the biggest flower parade in the Debrecen area; it is the biggest in the whole country. The festivities last for a whole week, with performers coming from all over the country, as well as from abroad. The festivities start on the 14th of August, with concerts, dance performances, interactive programs for the children, flower exhibitions and ginormous projections.

The highlight of the parade is on the 20th of August. This is the actual parade day when vehicles carrying enormous flower compositions depicting fairy-tales, legends and other stories and folk tales drive through the city, along with dancers and performers from all around the world. These compositions are made of hundreds of thousands of flowers. The show ends with a street party and fireworks.

Here is just a short list of artists you can see perform during the parade: Bill Gyula Deák, Péter Aranyosi, the Budapest Bár, the Talamba Ütegyüttes, the Hot Jazz Band, and singers from A Dal, a competition that selects Hungary’s entry song for the Eurovision Song Contest. There will be dance troupes with thousands of dancers, the Galiba children festival, a food truck show, bicycle parade, old timer exhibition and many other events.

If you are in the city, do not forget to visit all the other attractions. From the tower of the Nagytemplom (Big Church) you can see the city center in all its glory, the Nagyerdő (Big Forest) has some hundred year old trees that provide perfect shades for the tired tourists, the exhibitions in Déri museum and the Reformed College give you a glimpse into the history and culture of the city, while in the MODEM you can see some original paintings from Monet, Cézanne, Van Gogh and Picasso.

If you want to know more about these programs, go to the VisitDebrecen information center behind the Nagytemplom, or visit this website for prices and the detailed program. Below are a few pictures taken on the flower parade in the last two years. 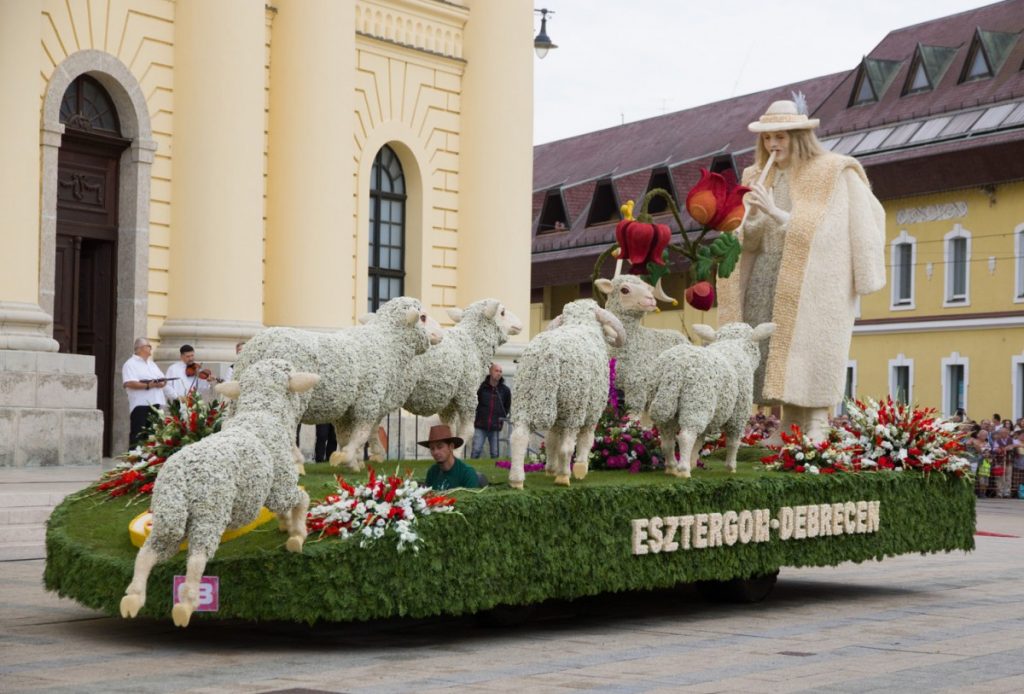 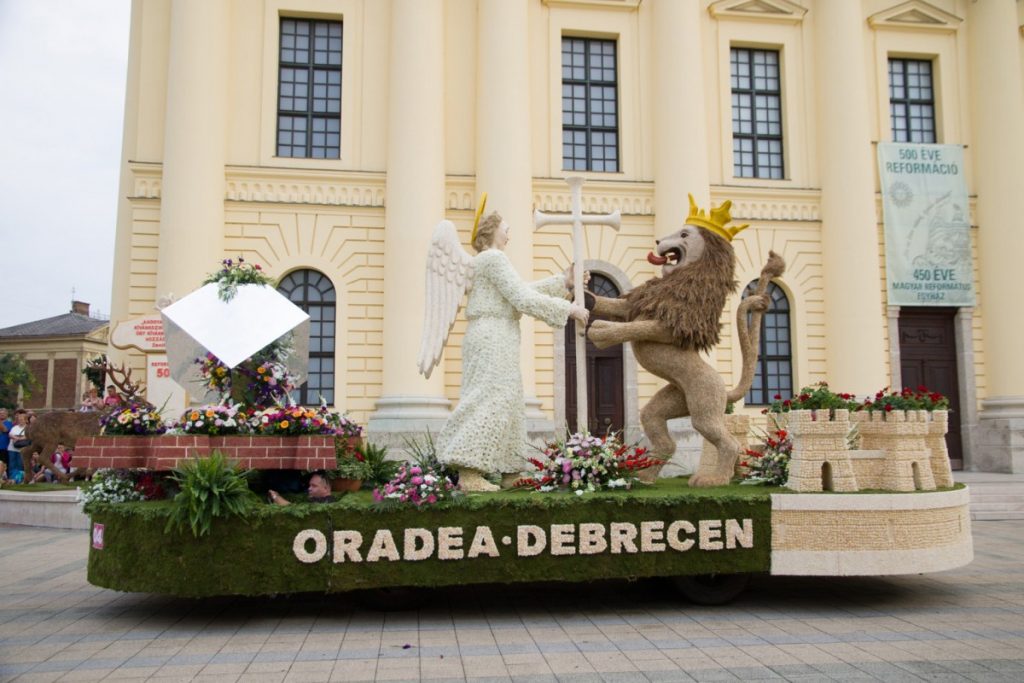 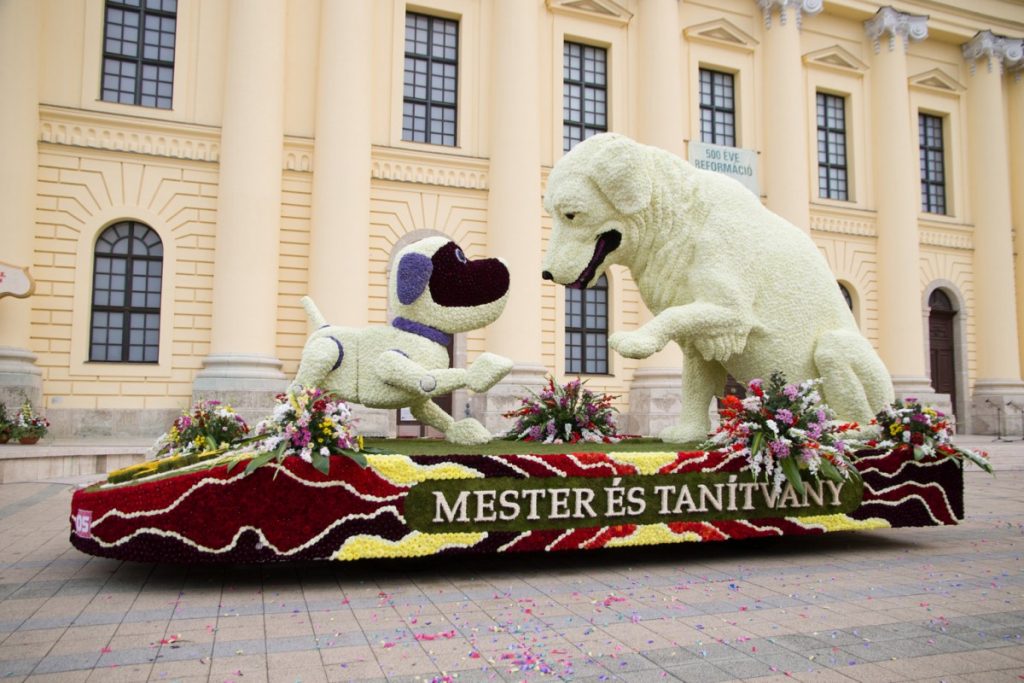 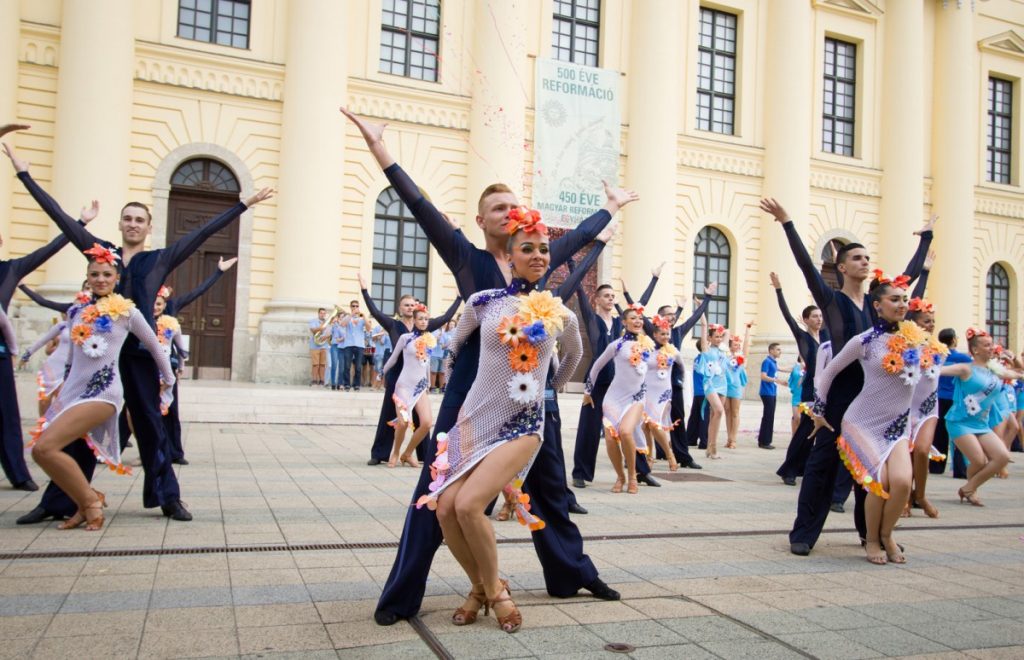 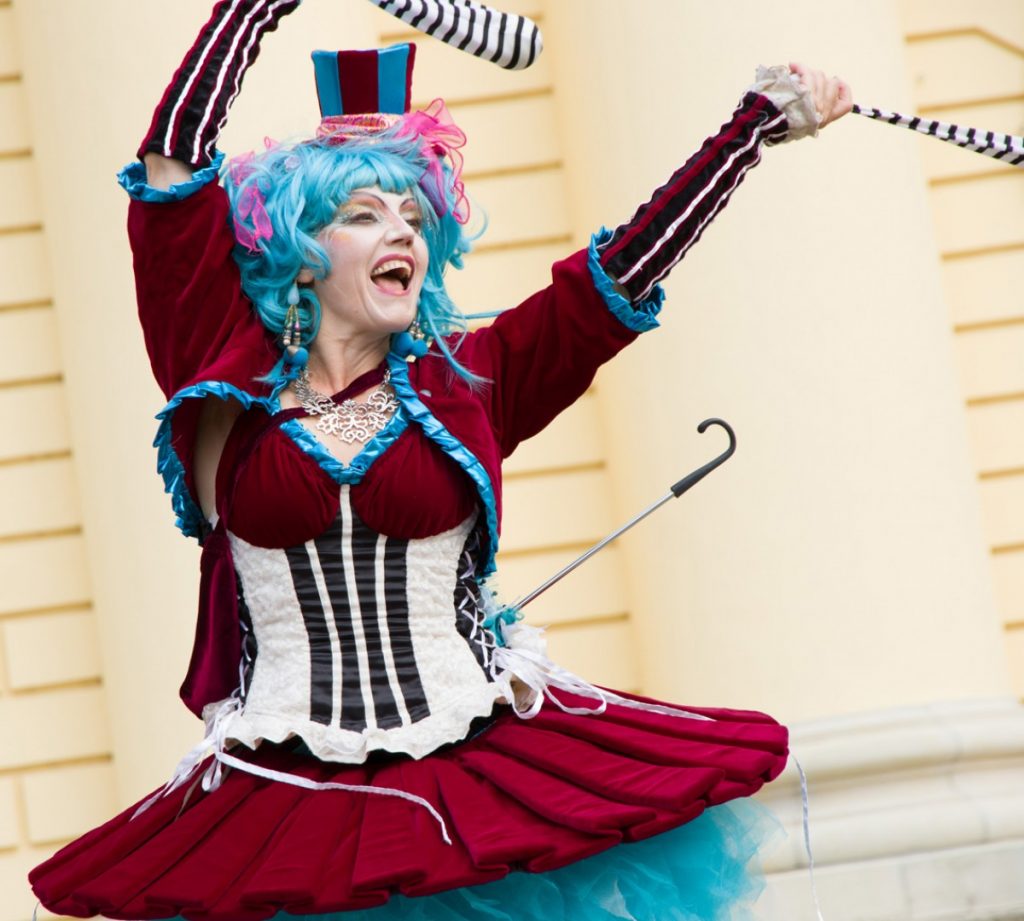 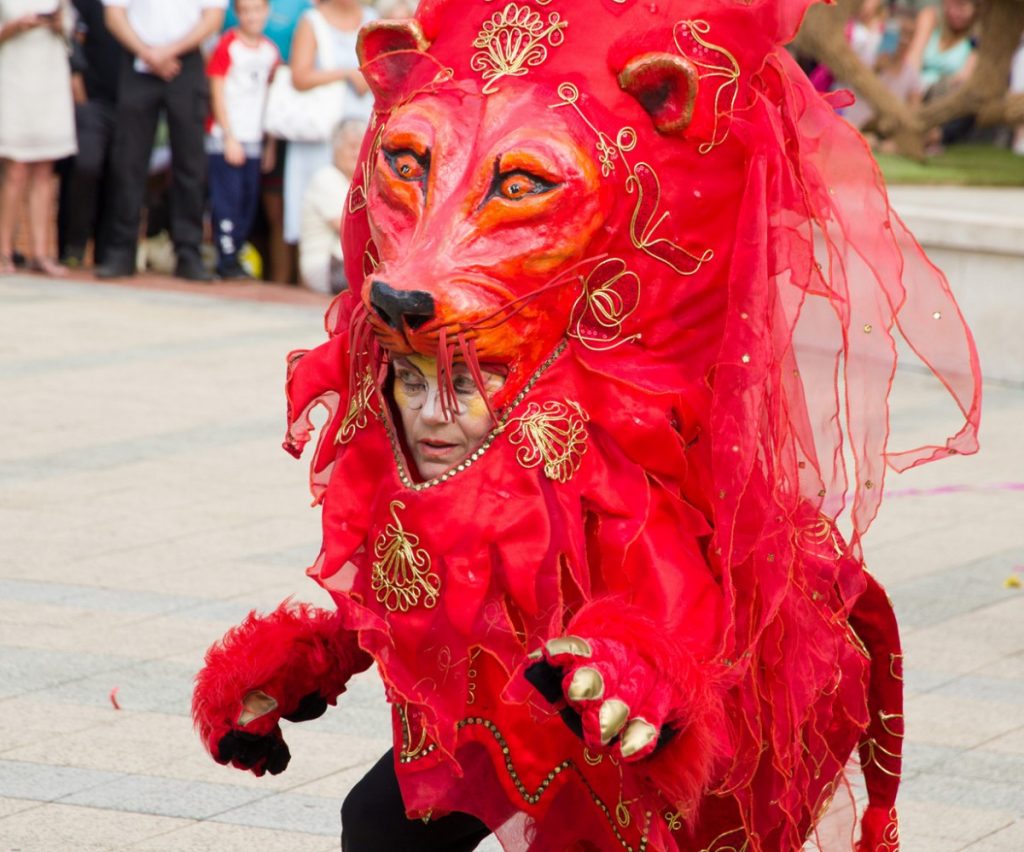 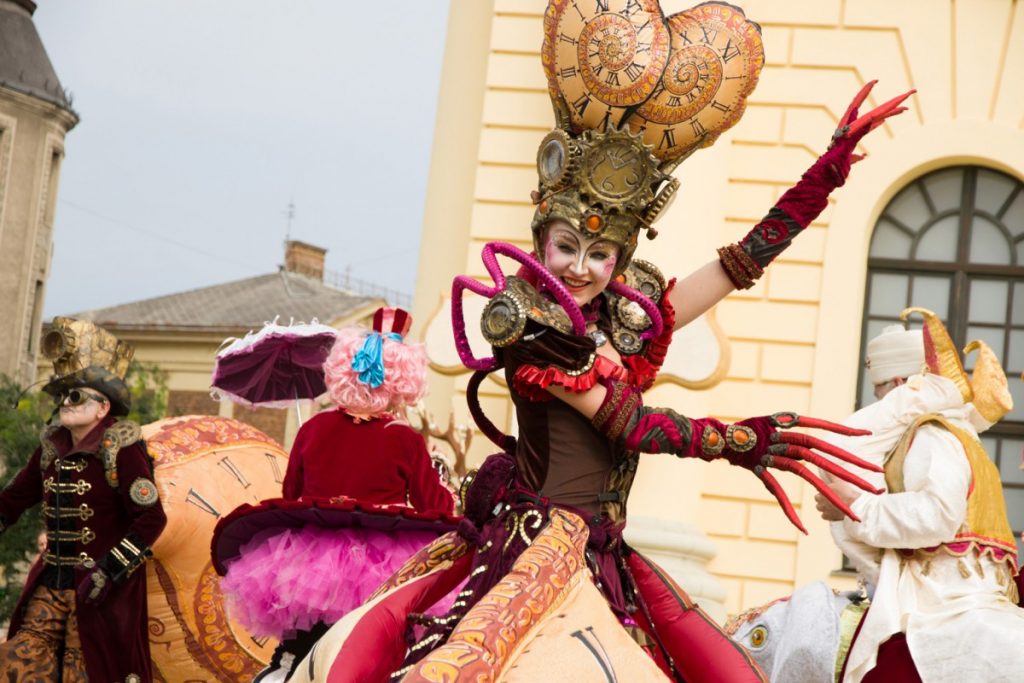 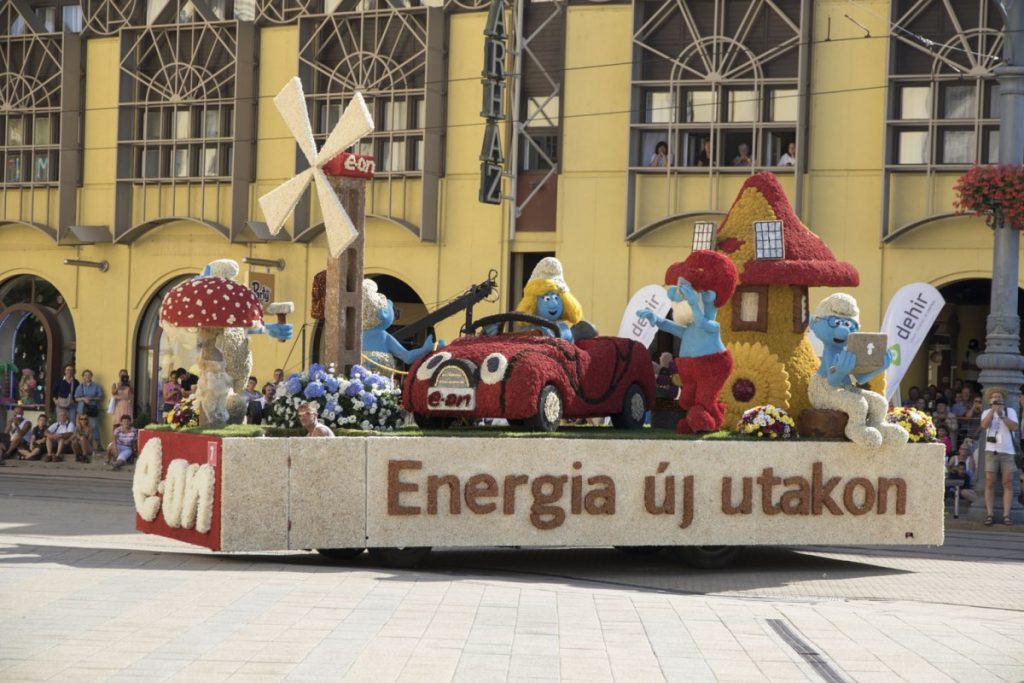 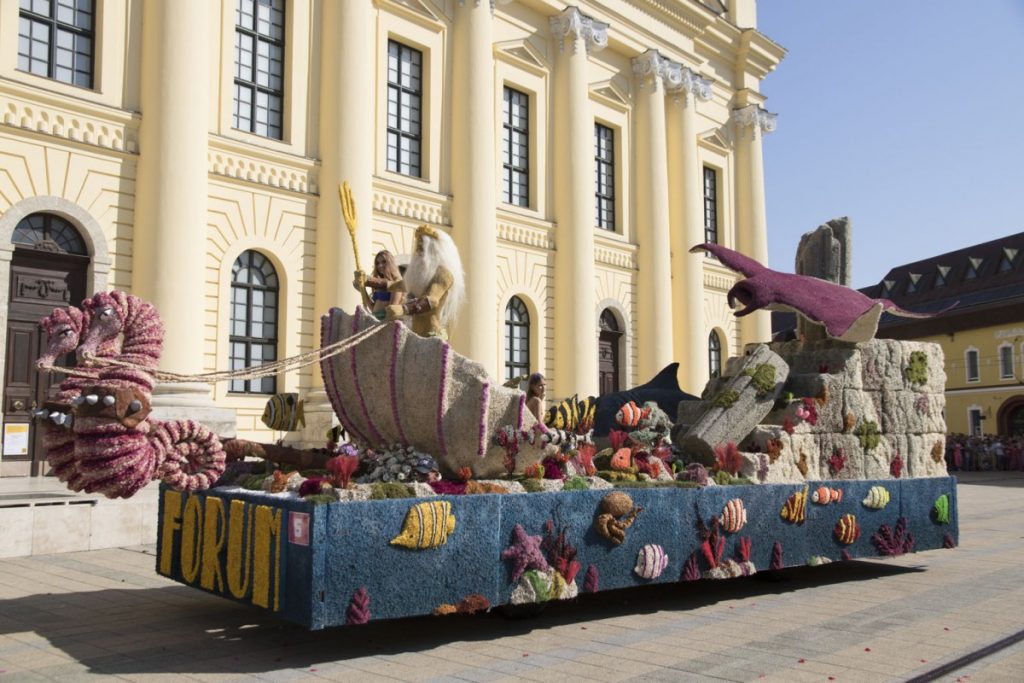 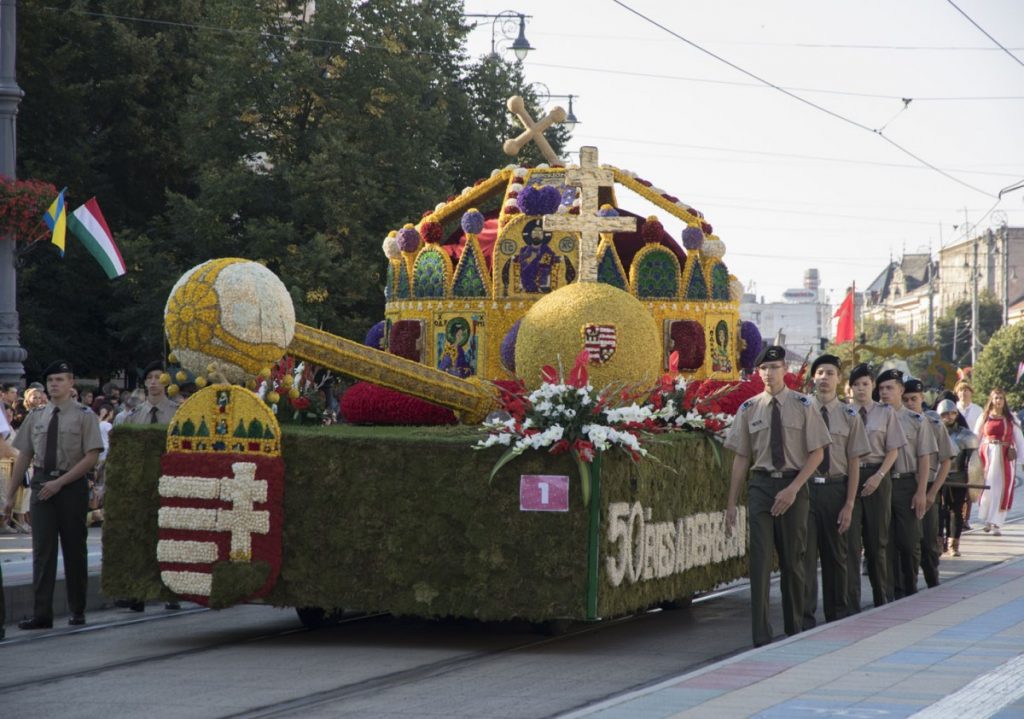