“The Hungarian government continues to believe that it is not our job in Budapest to decide what’s s best for ethnic Hungarian communities beyond the borders,” he said. “It is more useful to ask them what help they need.”

“This has been the standard of our policy for Hungarians beyond the border for the last ten years and looking at the ethnic Hungarian communities in neighbouring countries, I must say that this has been the right policy,” he said.

Szijjártó added that the Hungarian government’s relations with Slovakia had never been as good as they were now and ethnic Hungarians naturally benefited from this.

The Hungarian government’s economic development programme geared towards Slovakia has so far supported 3,800 businesses with a total of 21 billion forints (EUR 59m), which has generated 41 billion forints’ worth of investments, Szijjártó said.

“We have agreed with our Slovak partners that coordination would continue on the economic development programme for Slovakia under the arrangements of the economic mixed committee,” he said.

Szijjártó also held talks in Bratislava with Transport Minister Andrej Dolezal. The two ministers were in agreement that the construction of six border crossings would be completed by 2023. Szijjarto proposed the restart of rail passenger transport services between Gyor and Bratislava, Szob and Sturovo (Parkany) and Komarom and Komarno (Revkomarom), as well as on the Salgotarjan train route.

Dolezal expressed an openness to this and the ministers were also in agreement that the high-speed railway line to link Budapest, Bratislava and Warsaw should cross the Hungary-Slovakia border between Gyor and Dunajska Stredma (Dunaszerdahely) in the west and a public road link should be added. In the third quarter of next year, construction is to be completed on the motorway linking Miskolc and Kosice (Kassa) in the east. 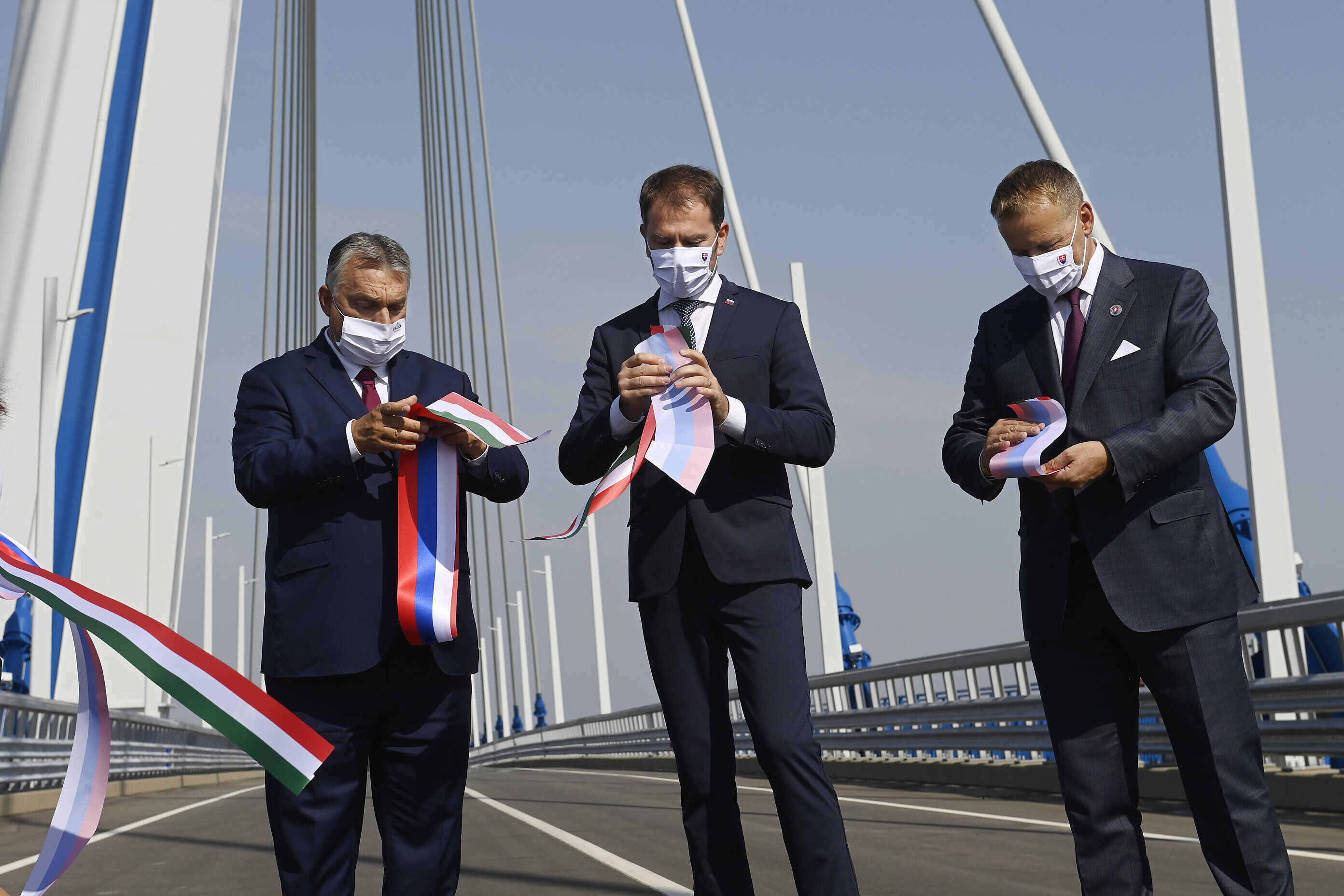