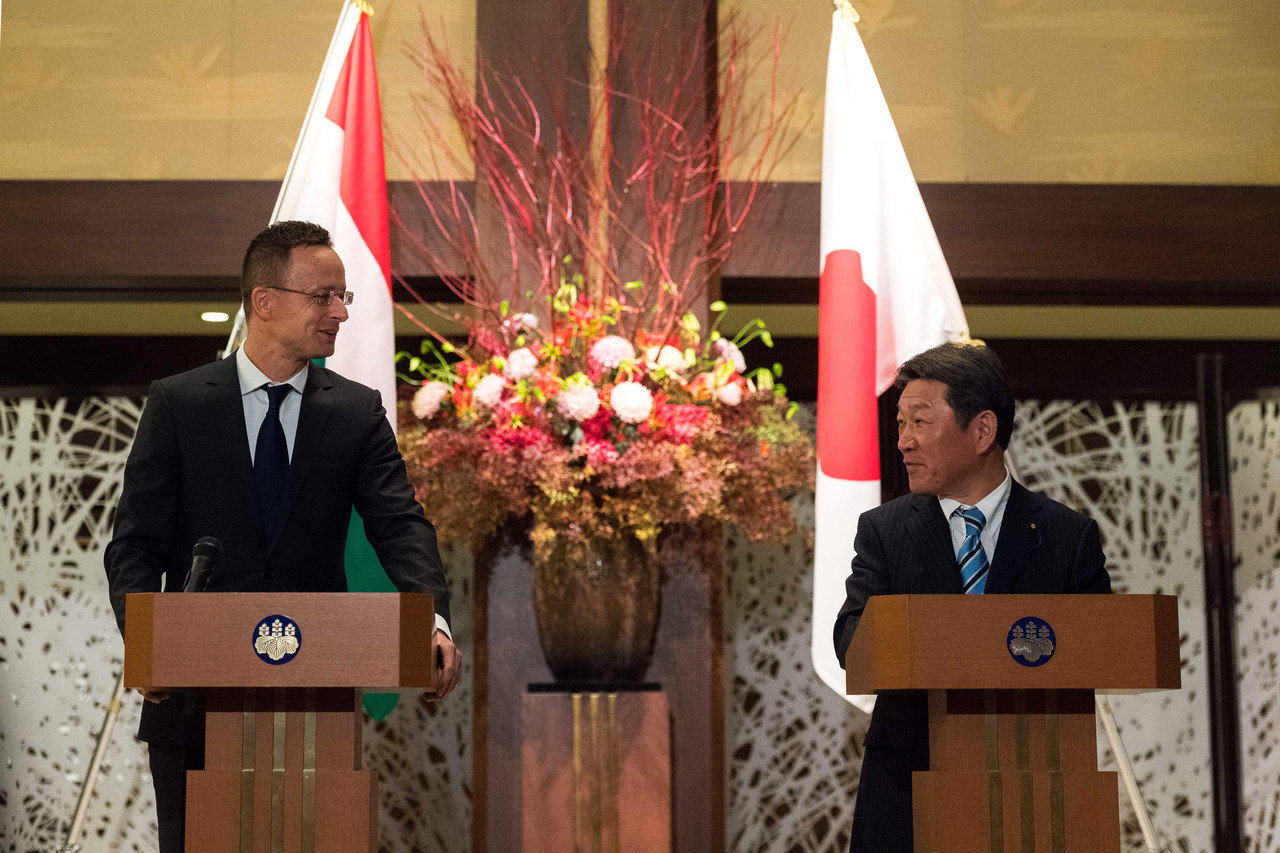 Hungarian-Japanese diplomatic ties are thriving more than at any time over their past 150 years, the foreign minister said in Tokyo after meeting his Japanese counterpart on Wednesday.

Relations with the world’s third largest economy in the areas of trade, politics, culture and education are better than ever, Péter Szijjártó told MTI by phone after talks with Toshimitsu Motegi.

Japanese companies have brought to Hungary advanced technologies, contributing to the country’s economic growth, he said.

Szijjártó noted, highlighting their role in the automotive industry. Their developments and investments have boosted Hungary’s long-term growth rate at least 2 percentage points above the European Union average.

over 600 Japanese students study in Hungarian universities, about 400 of them in medicine.

Hungary will open a cultural institute in Tokyo at the end of the year, he added.

Szijjártó He announced that Prime Minister Viktor Orbán will visit Tokyo on Dec. 5 and 6 to discuss further opportunities to boost political, economic and trade cooperation.

Szijjártó thanked Takeuchi and Denso for their trust in Hungary, which, he said, had been given the opportunity to prove it can manufacture world-class products.

The global economy and politics have fast changed recently, Szijjártó said at the ceremony, adding that the East had played “a crucial role” in shaping those changes. A few years ago, 70 percent of global investments were undertaken by western companies. Today, eastern companies outperform western ones, which have seen their share in investments fall to 40 percent, he said.

In Hungary, investments by eastern companies have grown by 22 percent in recent years, he said.

Denso has brought cutting-edge technology to Hungary, which was instrumental in the Hungarian car industry assuming a leading position in Europe, he said.

the decoration was a “great honour”, adding the country has developed much since Denso set up its plant near Székesfehérvár, central Hungary, in 1997.

He thanked the Hungarian government for its “active support” for the plant’s expansion.