Tuesday’s meeting of the Hungaricum Committee in Székesfehérvár saw the addition of four new products to the list of Hungaricums: the Csaba sausage, goose liver products, Tokaji Aszú wine and Béres Drops dietary supplement preparation. The Committee also came to a decision on the winning design for the Hungaricum trademark.

The Committee also chose the winner of the competition to find a design for the Hungaricum trademark.. The trademark represents the highest level of achievement of the Hungarian peoples, the 1100 years spent in the Carpathian Basin and Hungarian creations. It will also help to label and increase public awareness of Hungaricums, the Minister said. Sándor Fazekas informed the press that prior to the decision on the new Hungaricums, the submitted entries and suggestions were examined and those found potentially suitable were presented to the Committee with comments and recommendations. Together with its four new additions, the Collection now has twenty members. Commissioner for Repository Coordination Zsolt Horváth indicated that county repositories have been established in every county over the past year and value committees are also at work. The Hungaricum Club movement, in which private individuals, groups of friends and non-governmental organisations search for values, is also helping the discovery and designation of possible additions, delegating them to local and county value repositories or the Hungaricum Collection, he added.

Committee Secretary Zoltán Gyaraky told those present that some 370 entries had been submitted for the trademark competition launched in the spring. Following several levels of screening, the final eight were put before the Hungaricum Committee. The winning entry, submitted under the title “Holy Crown 1000”, was chosen from these finalists. The trademark will be introduced following the adoption of the trademark regulations.

The Hungaricum Collection has until now included pálinka and grape marc pálinka from the field of agriculture and food industry, Matyó folk art, the dance house method, the Tokaj historical wine region cultural landscape, the one-thousand-year-old Benedictine Abbey in Pannonhalma and its natural environment, Budapest (the banks of the Danube, the Buda Castle District and Andrássy Avenue), the lake Fertő/ Neusiedlersee cultural landscape, Herend porcelain, Hollókő old village and its environs, the Hortobágy National Park, the “Busójárás” of Mohács, the ancient Christian cemetery in Pécs (Sopianae) and falconry, from the field of culture. The caves of the Aggtelek and Slovak karst strata have been included in the natural environment category, and in the tourism and catering category Karcag mutton stew enriches the range of Hungaricums. 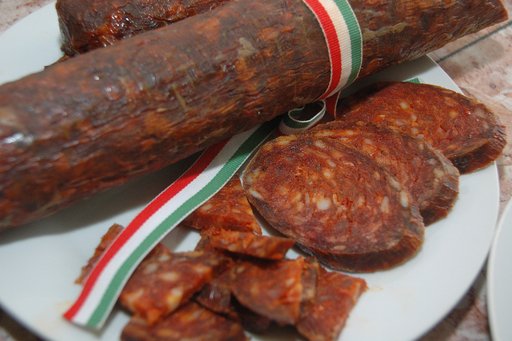