Gergely Gulyás, the leader of the Prime Minister’s Office, said on today’s government info that local governments can decide whether they introduce compulsory face mask wearing or not. He added that Hungary’s economy will “definitely” grow by more than 5.5 percent this year, and the figure could even reach 7.5 percent. Gergely Gulyás said the growth figure meant the government’s plan to partially reimburse the personal income tax of working parents could be realised. He said that the reimbursed amounts will be calculated based on the average wage and payments will be made early next year.

Referring to a report by the finance minister discussed during a cabinet meeting earlier in the day, he said it was inconceivable that this year’s growth rate would be below 5.5 percent, and he welcomed “the highest growth rate in the past 31 years”. By how much higher growth may be would depend on pre-Christmas consumer turnover, he said, adding that “hopefully no new developments, even amid the pandemic, will negatively impact the economy”.

Meanwhile, Gulyás said that the government’s

agreement with Russian energy giant Gazprom would ensure that the achievements of government-mandated utility cuts were preserved.

Thanks to the 15 year agreement signed earlier this week, Hungarian consumers will continue to pay one of the lowest gas prices in the European Union, he said. The current deal is much better than the one it is set to replace, signed in 1995, in terms of the Hungarian state’s liabilities, he added.
Government to differentiate between the vaccinated and non-vaccinated citizens?


Gulyás noted that the annual 4.5 billion cubic metres of gas to be received under the new deal will be delivered via two routes: 3.5 billion cubic metres from the south, through a new Serbia-Hungary interconnector, and one billion cubic metres through Austria. He said the deal was of great significance in view of unprecedented natural gas and electricity price hikes on the global market. Gulyás highlighted government measures made in recent years which curbed the price of household utility bills by 25 percent since 2013 irrespective of inflation. Currently

he added. Concerning Hungary’s gas reserves, Gulyás said that the country had the seventh largest amount stored in the EU, with 83 percent of all storage facilities full.

Gulyás said that should the opposition make good on their proposal to unfreeze energy prices, an average Hungarian household would have to pay 386,000 forints (EUR 1,070) more in energy bills annually. Referring to the Covid situation, the minister urged unvaccinated citizens to get the jab. The country’s vaccine capacities, he said, were “infinite”, and anyone could choose between six vaccine types.  Gulyás also announced that the government will hold an away meeting at Hajmáskér, in western Hungary, on Thursday, and view a 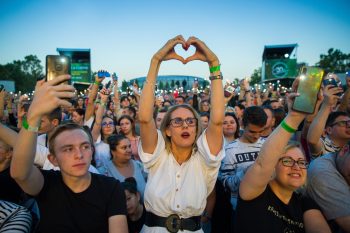 Read alsoGood news: it seems the fourth wave will not be that strong in Hungary