Budapest (MTI) – The government will spend a total 44 billion forints (EUR 139m) on the introduction of career models for the armed forces and law-enforcement staff in 2015, Prime Minister Viktor Orban said on Tuesday.

Orban also announced that salaries in the sector would increase by an average 30 percent from next July, while the new career models would assist staff members in purchasing a home.

Orban spoke at a ceremony at which he handed over 385 new cars to the riot police, and said that another 1,200 cars will be ensured to the police next year. The Skoda, Mercedes and Audi vehicles handed over were custom-made for the police force at a total cost of 9.4 billion forints, partly financed by the European Union. 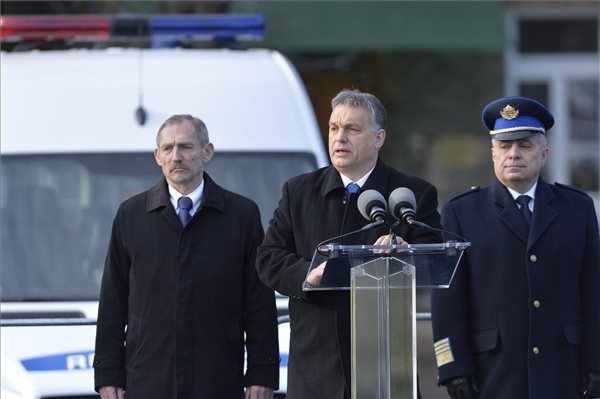 The prime minister spoke highly of the police’s achievements, and insisted that “devoted guards of the homeland” need to be ensured appropriate remuneration, for which “we have the commitment and the money”.