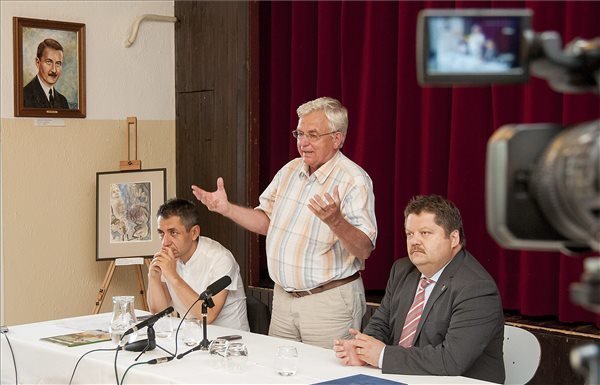 Bratislava, July 10 (MTI) – All efforts must be made to promote the joint objectives of the Hungarian government and Hungarian communities abroad, state secretary Arpad Janos Potapi said and highlighted ties with Slovakia’s ethnic Hungarian MKP party.

Speaking at a roundtable on the opening day of the 2nd Martovce (Martos) Free University, Potapi said that the Party of Hungarian Community is the only party in Slovakia that represents the interests of ethnic kin. He said that Most-Hid is a Slovak-Hungarian party rather than an ethnic Hungarian organisation. Hungary strives for good relations with all parties of Slovakia, including Most-Hid, Potapi said, but added that those ties “cannot be the same as ones with a Hungarian party”.

Jeno Szasz, head of Hungary’s Institute of National Strategy, said that fundamental changes are needed to improve the situation of Hungarians in neighbouring countries. “Neither Bratislava, nor Bucharest or Belgrade are interested in ensuring the future of ethnic Hungarian communities,” he warned.

“The fabric of the nation must be re-woven so that that fabric could again swathe the Carpathian Basin,” Szasz said.

The Martovce free university, which opened on Wednesday, is the largest summer event for ethnic Hungarians in Slovakia.