Greetings from Chuck: Hungarian Parody Of The Ad For Volvo Performed By Van Damme – VIDEO 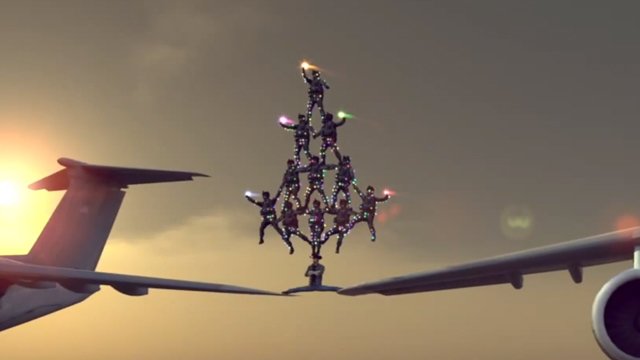 Laughing Sqoid website said, the parody features Chuck Norris doing the splits between two cargo planes while 11 soldiers stand on Chuck’s shoulders. As the camera pans out, the soldiers — who are all perched on each other’s shoulders in the shape of a Christmas tree — strike multi-colored flares and turn on their full-body strands of holiday lights.